1903 Hernando De Soto Together With an Account of one of His Captains, Goncalo Silvestre 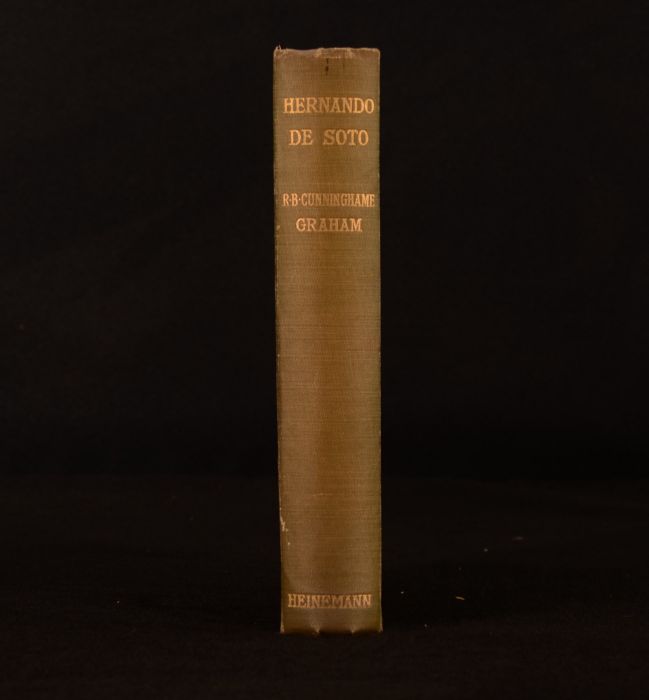 In the original green cloth binding. Graham is not only remembered for his written works. He was also a founder and the first president of the Scottish Labour Parts before founding the National Party of Scotland and being president of the Scottish National Party. His literary career began with contributions to small socialist journals before being recruited by Frank Harris to write for 'The Saturday Review'. This biography looks at the conquistadors and in particular Hernando de Soto and Goncalo Silvestre. To the preface Graham notes that historically authors have only written 'of Pizarro and Cortes describing them as fiends when they were merely conquerors at worst.' de Soto is the first European documented as having crossed the Mississippi river. A fascinating look at the Spanish empire, and their conquering of America.

In the original publisher's cloth binding. Externally, generally smart. Light rubbing to the joints and to the extremities. Minor bumping to the head and tail of spine, which has faded. Front hinge is slightly strained but firm. Internally, binding is strained in places. Pages are age toned, mostly to edges, due to paper used. Pages are otherwise bright.