1837 The Miscellaneous Works of Edward Gibbon, ESQ., With Memoirs of His Life and Writings, Composed By Himself: Illustrated From His Letters, with Occasional Notes and Narrative 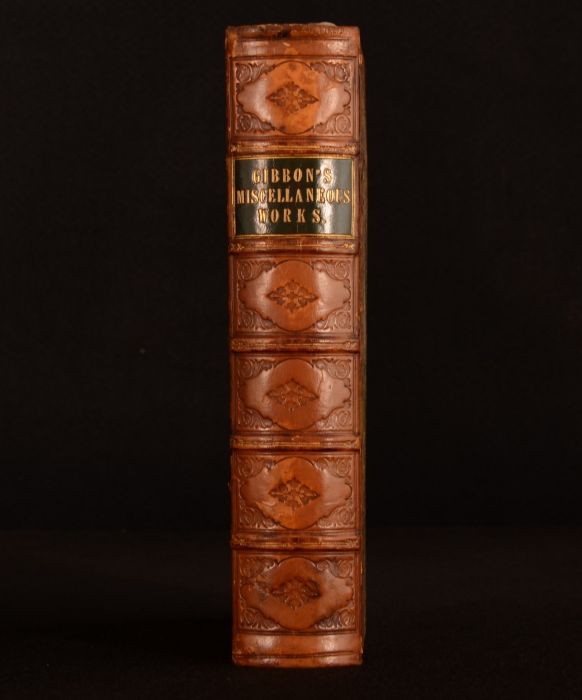 A collection of miscellaneous works by Edward Gibbon. This work contains 'Account and Anecdotes of His Family', 'The Author's Account of the Books He Read, and of the Course of Study He Pursued', 'The Author's Manner of Passing His Time in the Hampshire Militia', 'Mr Gibbon Makes the Tour of Switzerland', and more. Also containing over two hundred letters written to a variety of correspondence, including Mr Gesner, Mrs Porten, Mr Holroyd, Dr. Watson, Dr Priestley, and more. Illustrated with a frontispiece. Edward Gibbons was a historian and Member of Parliament, his poor health was consistently under threat during his childhood, which led to him becoming widely read. He never married, after a failed love affair with Suzanne Curchod in his youth, Suzanne later became the wife to Jacques Necker, and her daughter was the noted socialite and letter writer, Madame de Stael. His first historical endeavour was a ‘History of Switzerland’, which was never finished or published. He also wrote about the literary and social conditions of England at the time, which was unfortunately considered a flop. With annotations and notes by John Lord Sheffield.