1855-56 The Campaign In The Crimea: An Historical Sketch 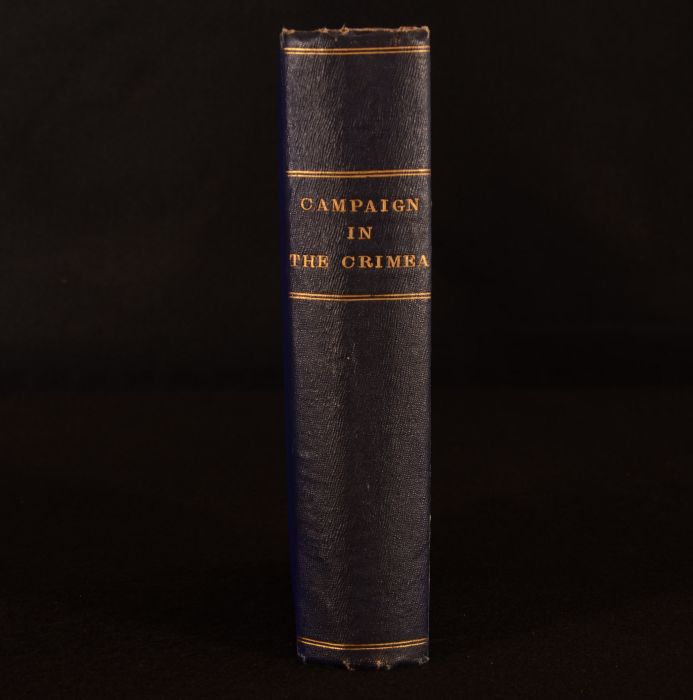 A thorough description of specific battles, camp life, hospital conditions and churches during the Crimean War. To the second series Brackenbury discusses the historical impact and the origins of the war. George Brackenbury was the late secretary at Kadikoi to the Honorary Agents of the Crimean Army Fund. To the preface he notes that this work was designed to complement William Simpson's fantastic illustrations. The first volume ends just before the fall of Sebastopol and the second volume therefore continues from this point to the end of the War. With forty plates to volume I, including the illustrated title. With forty-one plates to volume II, not including the title. The illustrations to this work were taken on the spot by William Simpson and were originally designed to illustrate his 'Seat of War in the East'.Simpson was a Scottish artist and war correspondent. He arrived off the Crimean peninsula on the 15 November 1854 and managed to record the events before Sebastopol. He would frequently send his water-colours back to London. With the half-title to volume I. Collated, the volumes have been bound without the publisher's adverts, as is usual. Only volume I has the half-title. Prior owner's inscription to the half-title of volume I, J Williams. A fascinating narrative account of the Crimean War, written by a contemporary.

Rebound in a full cloth binding. Externally, very smart with just some minor rubbing to the joints and to the extremities. Spine has faded slightly. Small ink spills to the front board. Light rubbing to the joints. Internally, firmly bound. Offsetting to the endpapers, as is usual. Very marginal repairs to plate 30 of volume I and plates 23 and 24 of volume II. Repair is to the edges and is very marginal. Scattered spotting to the endpapers and occasional light spots otherwise, mostly to the plates.