The store will not work correctly in the case when cookies are disabled.
By Doctor John Jeffries
London   J. Robson
11" by 9" [8], 7-53pp
An important work, somewhat compromised but with interesting provenance. John Jefferies' work recounts his experiences on two hot air balloon journeys the author took with the influential Jean-Pierre Blanchard. Previously owned by the French aeronaut Char
By Doctor John Jeffries

1786 A Narrative of the Two Aerial Voyages of Doctor Jeffries With Mons. Blanchard; With Meteorological Observations and Remarks. The First Voyage, on the Thirtieth of November, 1784, From London Into Kent: the Second, on the Seventh of January, 1785, From England Into France 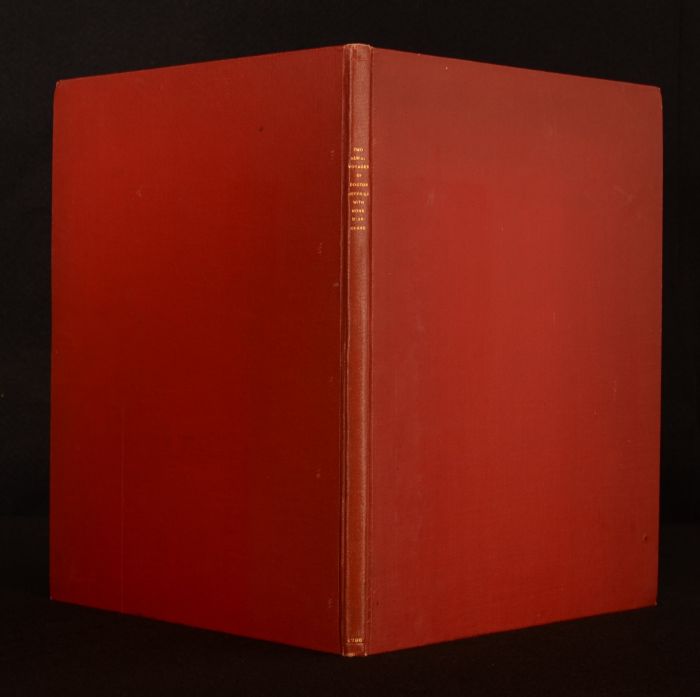 This work is a quarto, with the signatures running as C-N2, O1. ESTC citation number T10668. Bound without the half title and the title page, with a photocopy of the original title page loosely inserted, and a typed copy of the title page bound in. Bound without the two plates, and pages 54-60. Photocopies of these pages and one plate are loosely inserted. With a plate of a hot air balloon bound in to the front from another work. This work documents the author's experiences travelling with Jean Pierre Blanchard in a hot air balloon, the journeys taking place on the 30th November 1784, and the 7th January 1785. The first flight took off from Mayfair, London, and landed in Ingress in Kent. The second flight was monumental for being the first flight over the English Channel. The journey took two and half hours, and flew from Dover Castle to Guines. After the colossal achievement of this 1785 flight, Blanchard was awarded an impressive pension by King Louis XVI, and Louix ordered for the balloon to be hung up in the church of Eglise Notre-Dame de Calais. John Jeffries was an American scientist and military surgeon during the American Revolution. He is best known for his work with Blanchard. He is also credited with being one of the first weather observers in America, taking daily weather measurements in 1774, and taking weather measurements whilst in the hot air balloon over London. Bookplate to the front pastedown, 'Charles Dollfus'. Dolfus was a French aeronaut, who dedicated his whole life to aeronautics, making his first balloon flight in 1911 at the age of eighteen. He also served in the Navy was a balloon pilot. In 1978 he sold his aeronautical collection to the Air Museum, and it was one of the largest existing aeronautical collections in the world. From the library of the Irish international hot air balloonist Wilf Woollett. The first edition of this interesting work on hot air balloon flights.

Rebound in a full cloth binding. Externally, smart. The odd mark to the boards and spine. Internally, firmly bound. Pages are age-toned with dampstains. Lacking the half-title, title page, frontispiece, plate and pages 55-60. Plate of a hot air balloon bound in to the front. Missing pages are provided in photocopy, loosely inserted.