The store will not work correctly in the case when cookies are disabled.
By John Kidd
London   William Pickering
8.5" by 5" xvi, 375pp
A fifth edition of scriptural geologist John Kidd's On the Adaptation of the External Nature to the Physical Conditions of Man.
By John Kidd

1837 On the Adaptation of External Nature to the Physical Condition of Man, Principally with Reference to the Supply of His Wants and the Exercise of His Intellectual Faculties 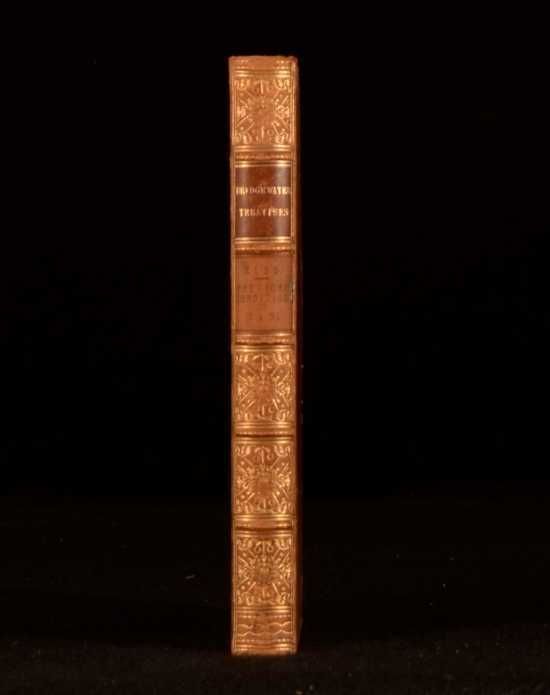 John Kidd (1775 – 1851) was an English physician, chemist and geologist. John Kidd was born in Westminster, the son of a naval officer and was educated at Christ Church, Oxford. The first of the scriptural geologists, "Kidd argued in his book A Geological Essay on the Imperfect Evidences in Support of a Theory of the Earth, on philosophical grounds, that a science of observation cannot claim certainty for its inferences as to causes, and that consequently theoretical geology cannot stand against an indisputable authority such as revelation." In 1818 he became a fellow of the Royal College of Physicians; in 1822 regius professor of medicine in succession to Sir Christopher Pegge; and in 1834 he was appointed keeper of the Radcliffe Library.

n a brown leather binding. Externally smart with slight rubbing and some wear to the extremities. Internally firmly bound with very bright and clean pages throughout, with the occasional and slight browning to the edges. Ex Libris bookplate to front pastedown.