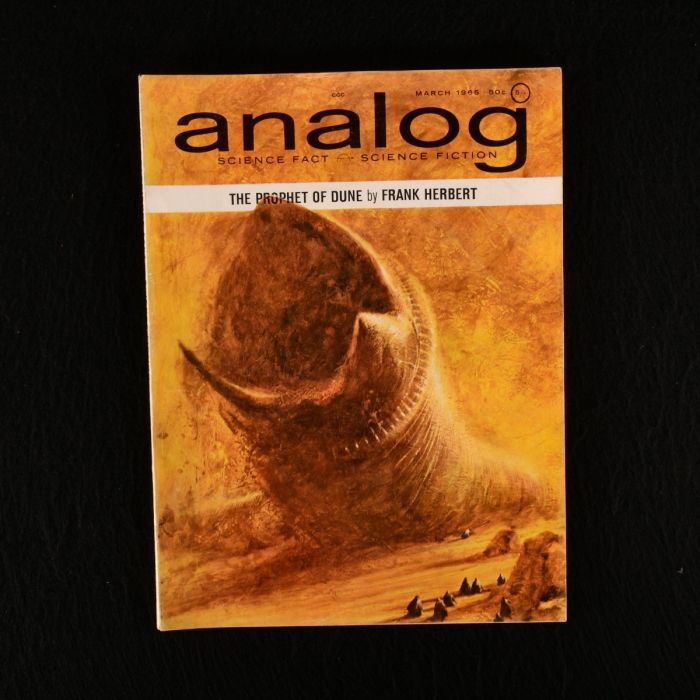 'Analog' was originally known as 'Astounding Stories' upon its initial publication in 1930. The editor of these issues was John W Campbell, who took over the editing of this series in 1937 until his death. Campbell was an integral figure in the Golden Age of Science Fiction.

December 1963-February 1964 issues are Frank Herbert's 'Dune World'. 'Dune World' eventually became Frank Herbert's Science Fiction novel 'Dune'. It won the Hugo Award in 1966 and the inaugural Nebula Award for Best Novel. Issues January and March 1965 are parts I and III of 5 of 'The Prophet of Dune'.

A very smart collection of this important magazine.

In the publisher's original paper wraps. Externally, all volumes are very smart. Light shelfwear to the joints and to the head and tail of spine. A few light spots to the wraps. Tidemark to the rear wrap of March 1965 issue. Internally, firmly bound. Pages are slightly age toned due to the paper used. Just the odd spot.