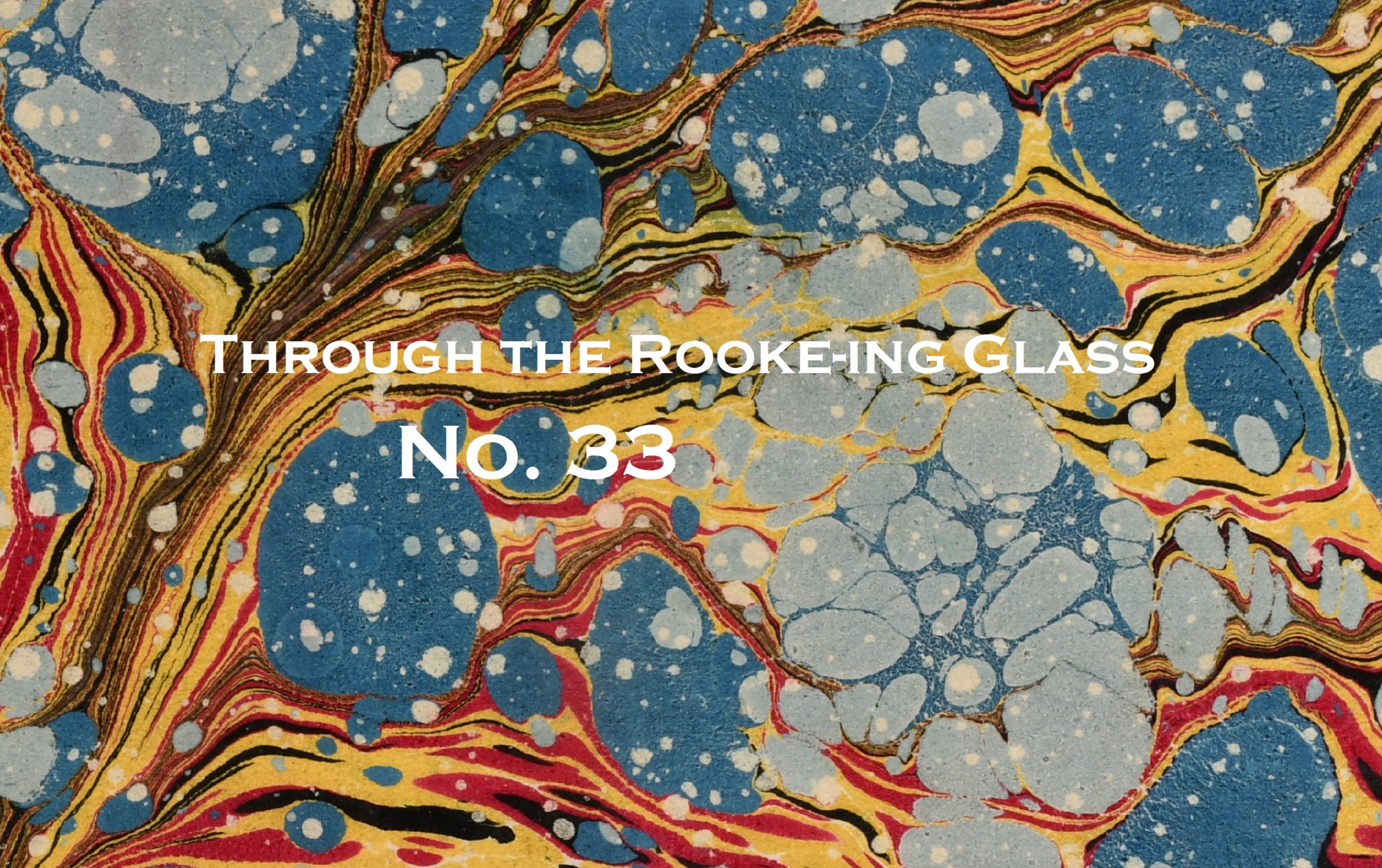 Through the Rooke-ing Glass No. 33

Another busy week at Rooke H.Q., with many works of adventure fiction including Jules Verne, Charles Dickens and the Brothers Grimm, all bound in lovely decorative cloth joining our library, as well as many works relating to European art and modern science fiction from writers such as C. P. Snow. And of course, plenty more for you to sink your teeth into, perhaps literally in the first case... 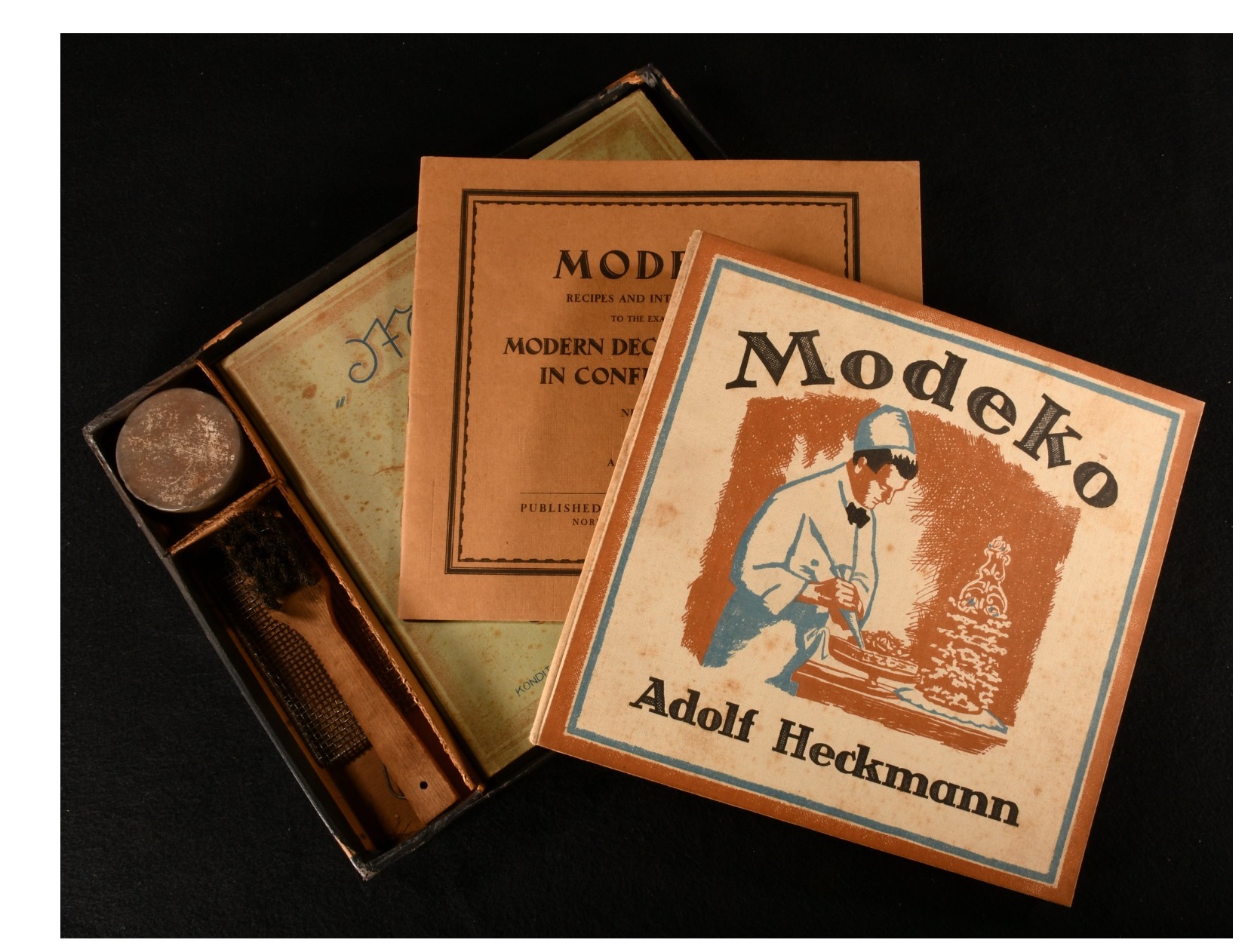 A remarkable and unusual work for the sweet-toothed, 'Modeko, Modern Decorative Art in Confectionery' comprises of photographic plates depicting examples of decorative sweets, a recipe book, stencils, and a sieve, brush and tin of chocolate powder. Presented in a box containing these scarce tools, this is a truly delightful work celebrating the art of confectionery in the early twentieth century, created by Adolf Heckmann, the principal of the International School of Confectionary in Cologne. A wonderful work which really evokes the time period in which it was made.


The Cheats and Illusions of Romish Priests and Exorcists 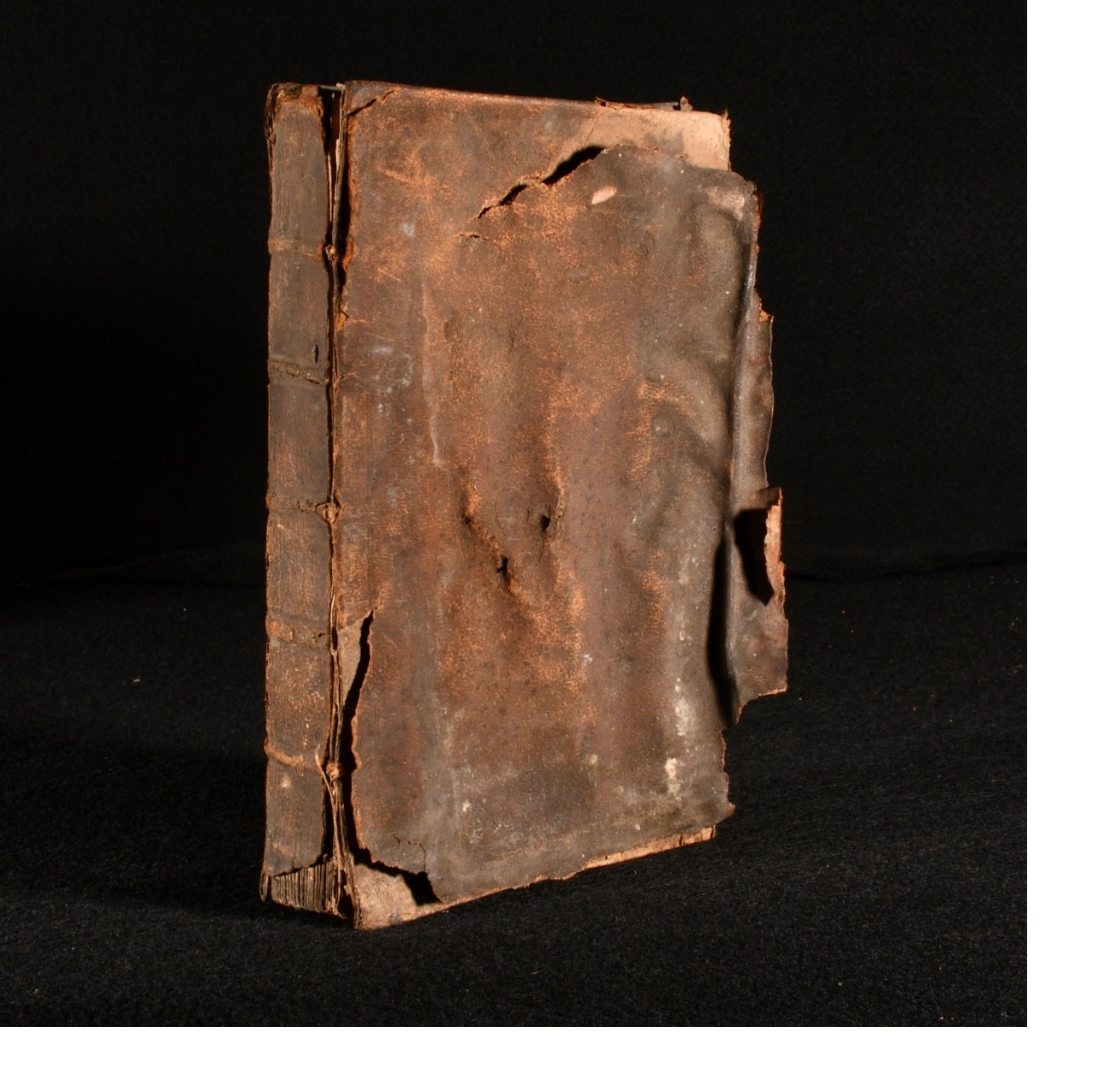 A remarkably scarce first English translation of this history of the Loudun Possessions of 1634, a notorious witchcraft trial which saw a man accused of sorcery and burned at the stake. Printed in 1703, this work was related by Nicholas Audin, and details the eerie occurrences by which a convent of Ursuline nuns believed they had been visited and possessed by demons: they barked, shouted and swore. When the Catholic Church found Urbain Grandier guilty of summoning these spirits, he was convicted and burned at the stake; Audin, however, believes the man innocent and that his sentence was the result of political grudges held by prominent Catholics. This infamous tale has been retold by Aldous Huxley in 'The Devils of Loudun', and is a notorious case of witchcraft in Europe. Our extremely scarce English translation from 1703 is therefore an important account of witchcraft and its treatment during the seventeenth century. 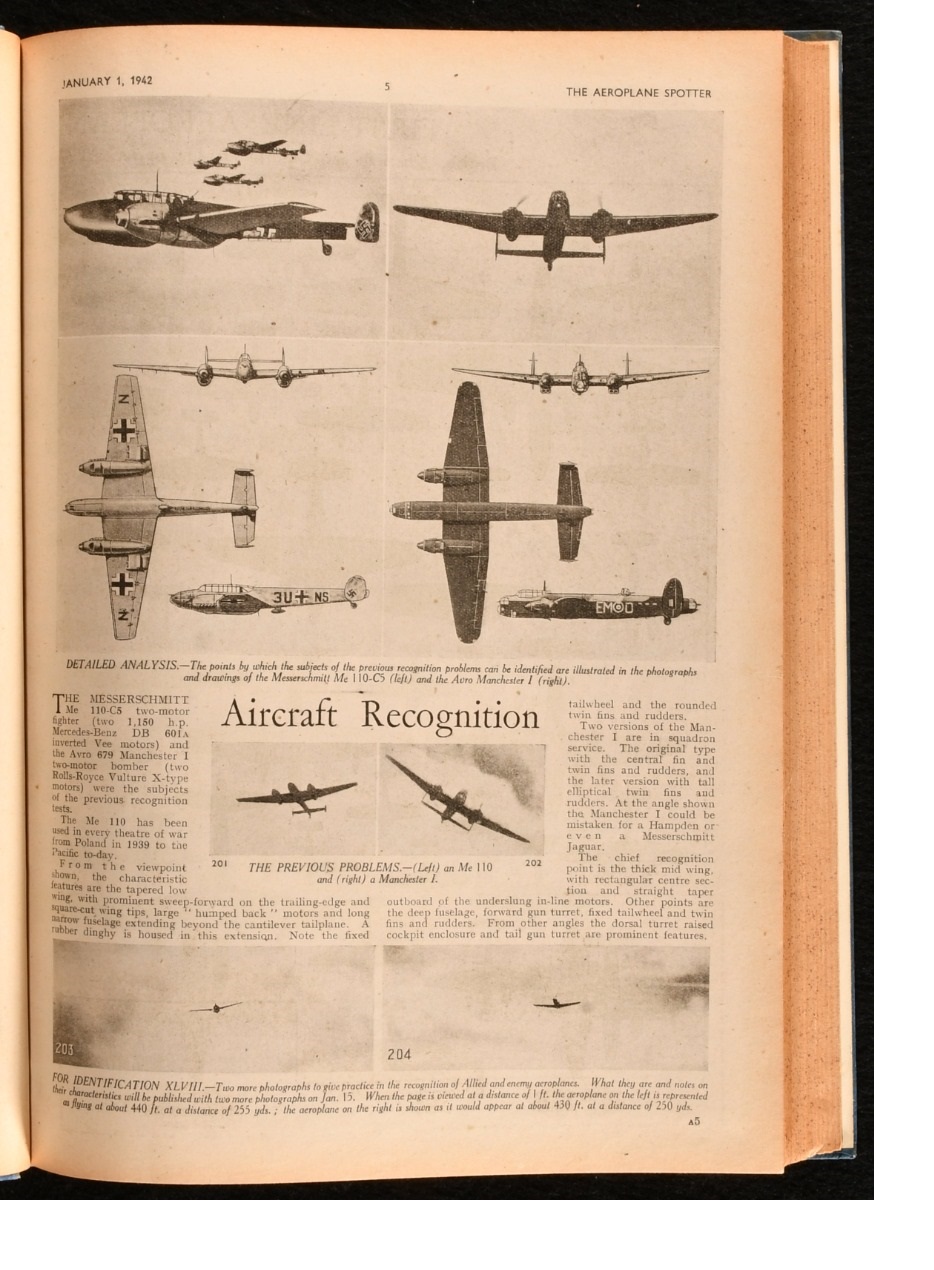 This comprises of seventy-seven issues of wartime magazine 'The Aeroplane Spotter', which was devised to aid civilians to recognise the different kinds of aircraft flying overhead, and thus support the way effort. Issued between 1941 and 1943, aircraft enthusiasts across the U.K. quickly took this work as their mission, and used these magazines, which were initially published weekly but later fortnightly due to paper shortages, to recognise both friend and foe in the air. 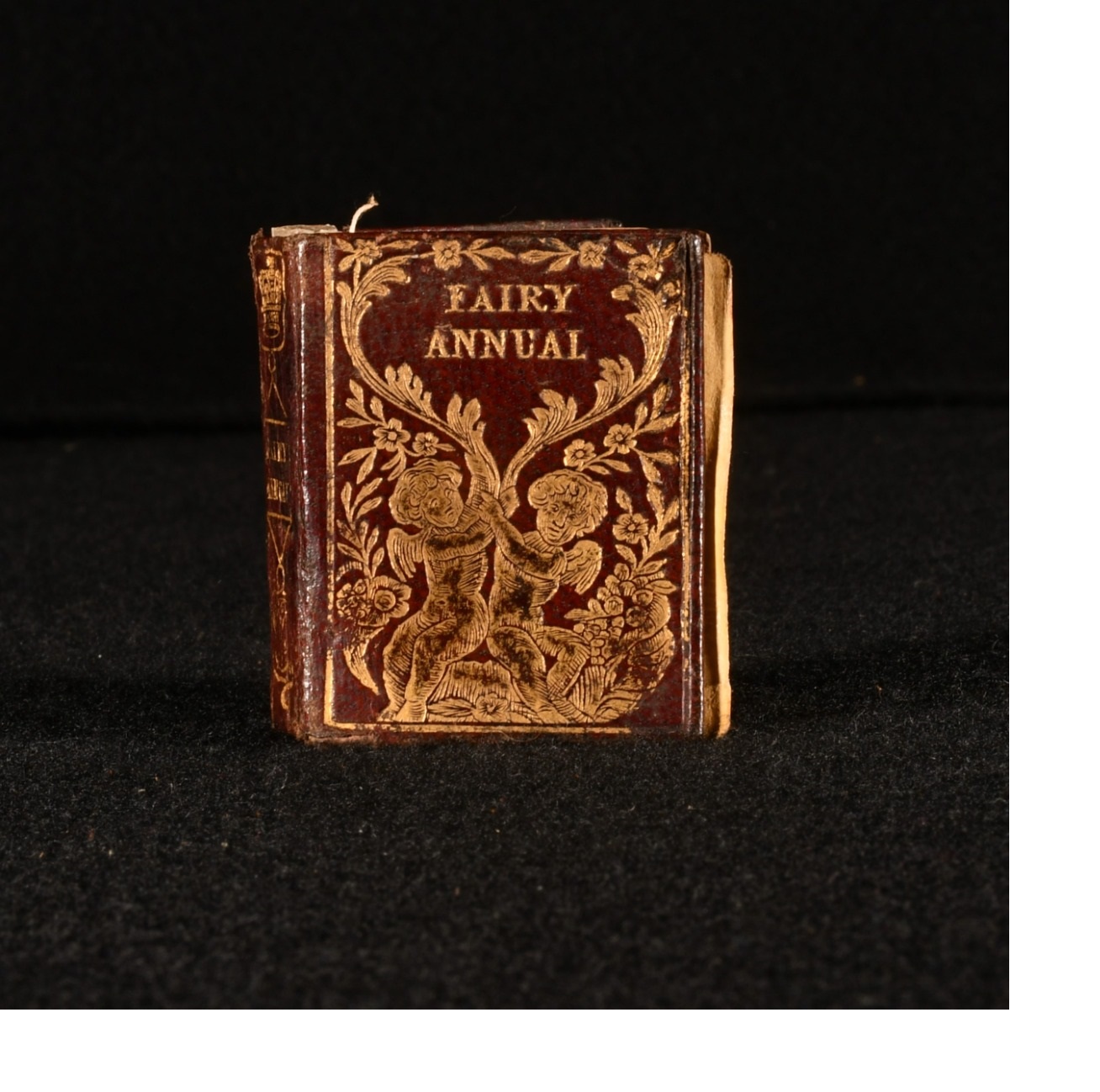 One of the more petite works we've come across recently, this little work from 1838 measures a mere 1.5" by 1.25", and comprises a collection of fairy verses and tales. Naming the editor as being Robin Goodfellow, the attendant sprite to their Majesties Oberon and Titania, it is thoroughly (if small-y) illustrated with plates including a portrait frontispiece of a young Queen Victoria. This is a vanishingly scarce work, with no copies held institutionally in the United Kingdom, and is an absolutely splendid little annual for fairies, by fairies. 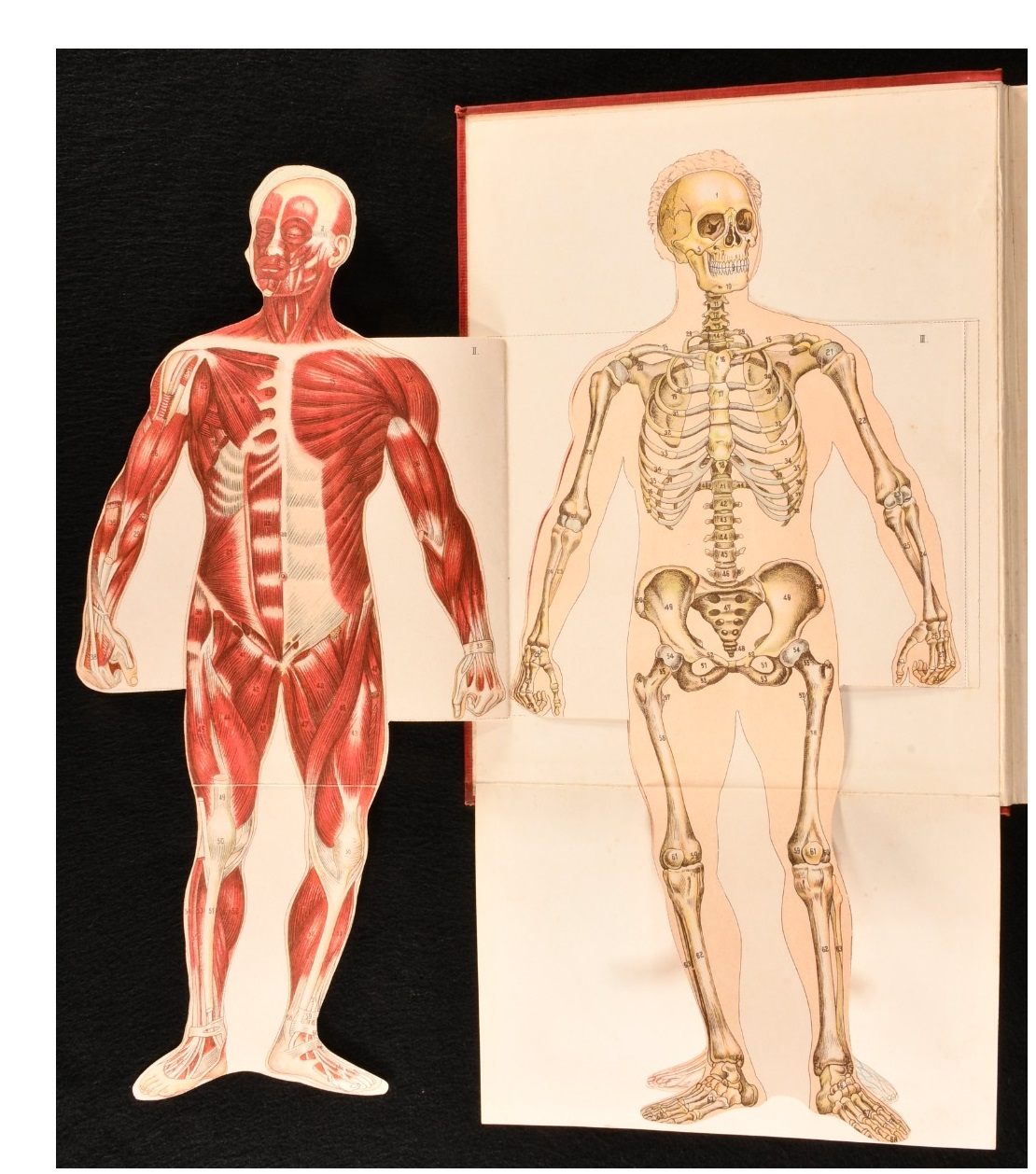 'Through the Rooke-ing Glass' has already featured a work by the remarkable Prussian body-builder and writer on health and fitness Eugen Sandow; in fact, this was in our very first post! It has brought us great excitement to find an extremely scarce signed work by Sandow, a close friend and trainer to Arthur Conan Doyle, who in fact wrote the foreword for this title. Illustrated with bright folding anatomies, this guide details the therapeutics of exercise, relating to posture issues, health and benefits. This is a truly one-of-a-kind signed copy by a prominent bodybuilder and the organiser of the world's first major body-building contest.

And finally, our header this week comes from 'Hellenica', a gorgeous Bickers-bound collection of essays on Ancient Greek philosophy and literature.