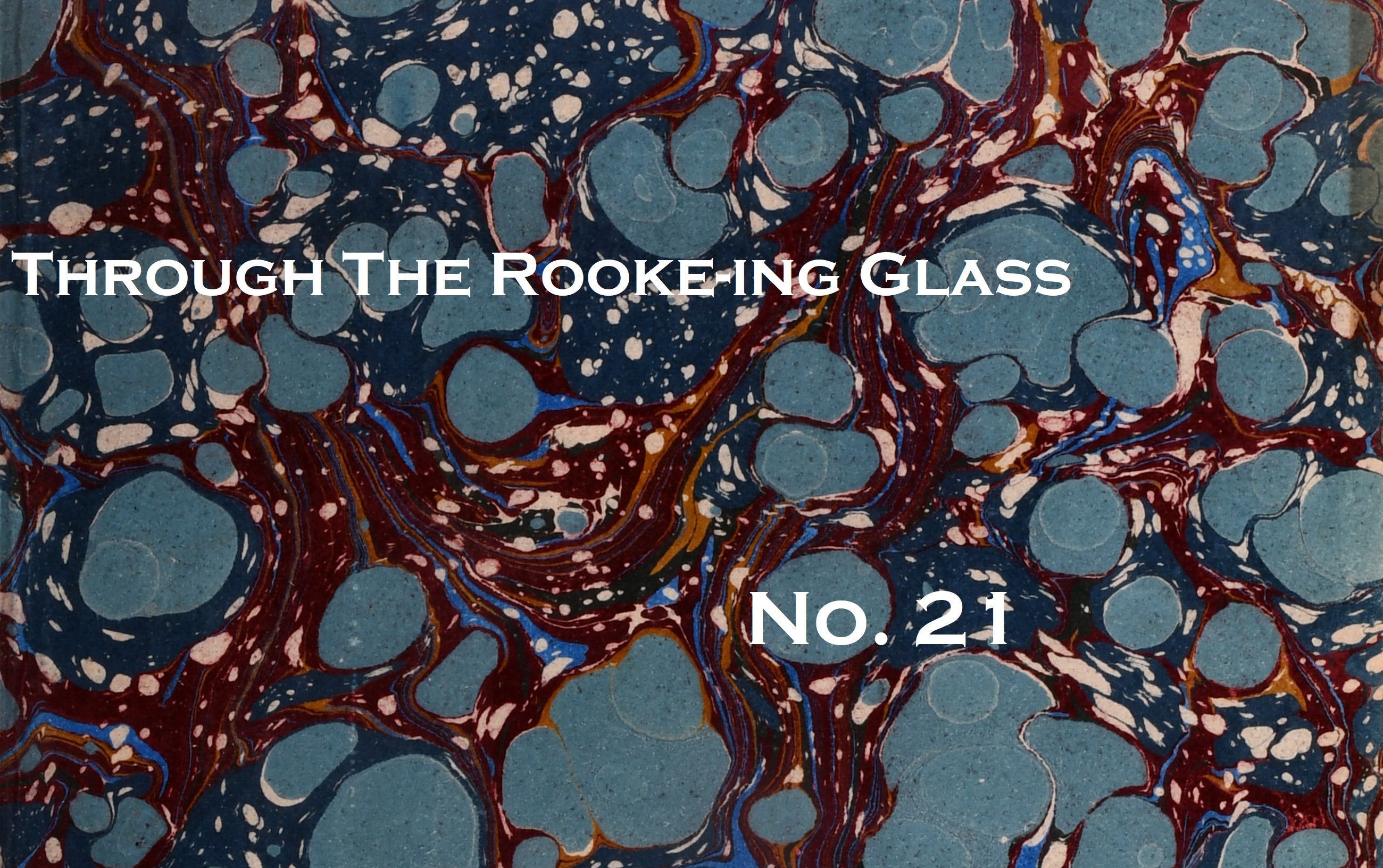 Through the Rooke-ing Glass No. 21

This week we've catalogued an extensive run of Chapman and Hall's' Household Edition of the works of Charles Dickens in the parts, as well as numerous natural history works from the mid nineteenth century and a first British edition of 'All Quiet on the Western Front', complete with a smart dust wrapper. We've also catalogued some more unique titles, with interesting tales besides, and 'Through the Rooke-ing Glass' allows us to present these works to you in a little more detail. And so... 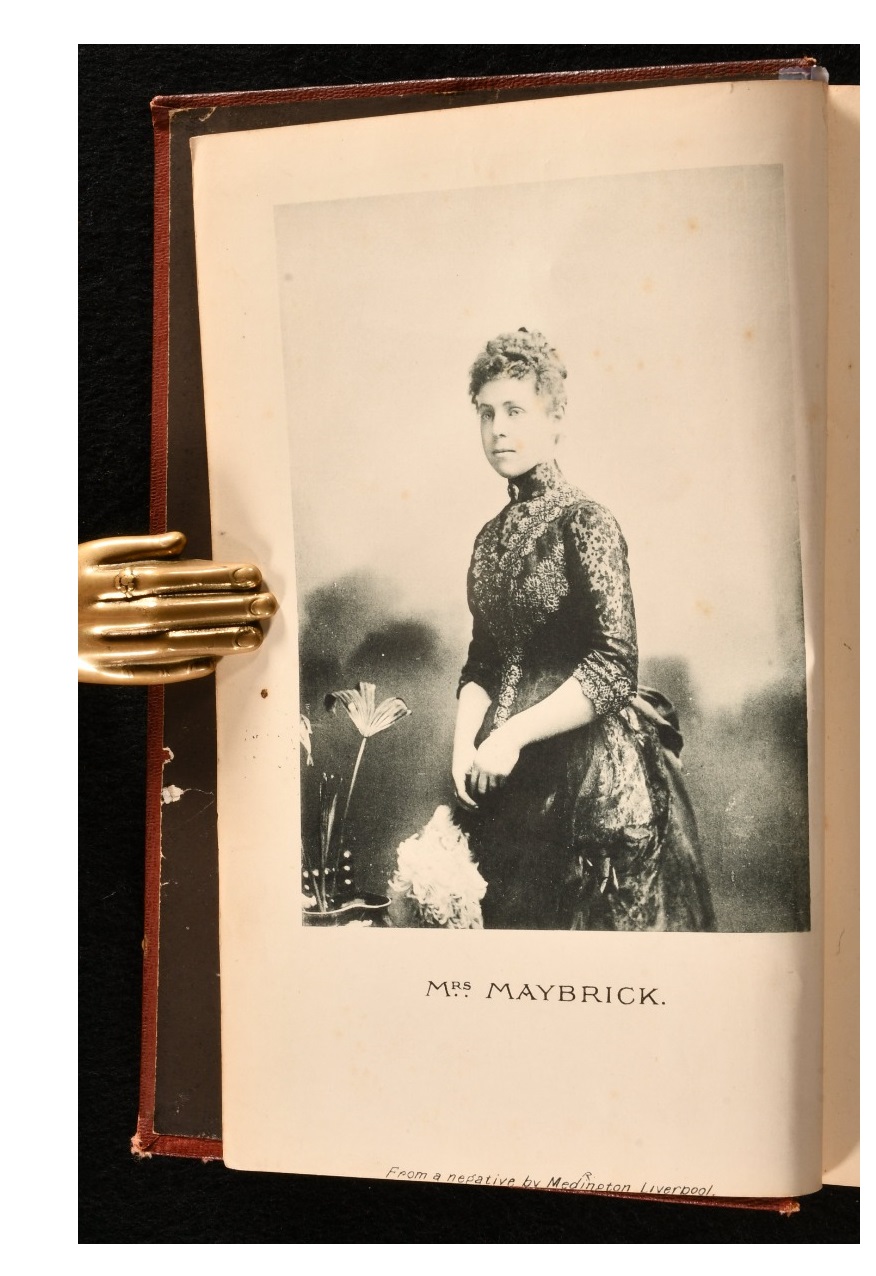 The Maybrick Case, a Treatise

Any Victorian murder trial is fascinating to learn of, and the Maybrick case was no exception, only furthered by the fact that two of those involved have since been proposed as Jack the Ripper's true identity. James Maybrick was a Liverpool-based cotton merchant, living with his wife Florence who was over two decades his junior; their marriage was strained by his travels abroad for work, as well as accusations of infidelity on both sides. Maybrick's health suddenly declined, and he died a number of days later; it was later revealed that it was most likely arsenic poisoning responsible. Florence was arrested, convicted and sentenced to death, although her sentence was commuted to life imprisonment after the trial was questioned for its fairness; she was released fifteen years later after her case was re-examined. Interestingly, in the twentieth century, various people have accused both James Maybrick, the murder victim, and his brother Michael Maybrick as being Jack the Ripper. In James' case, this is as a result of the Jack the Ripper diaries, as well as a pocket watch, believed to have belonged to Maybrick which implicate him in the notorious murders.

Our first edition treatise on the Maybrick case published in 1891 makes for a fascinating piece of British true crime. 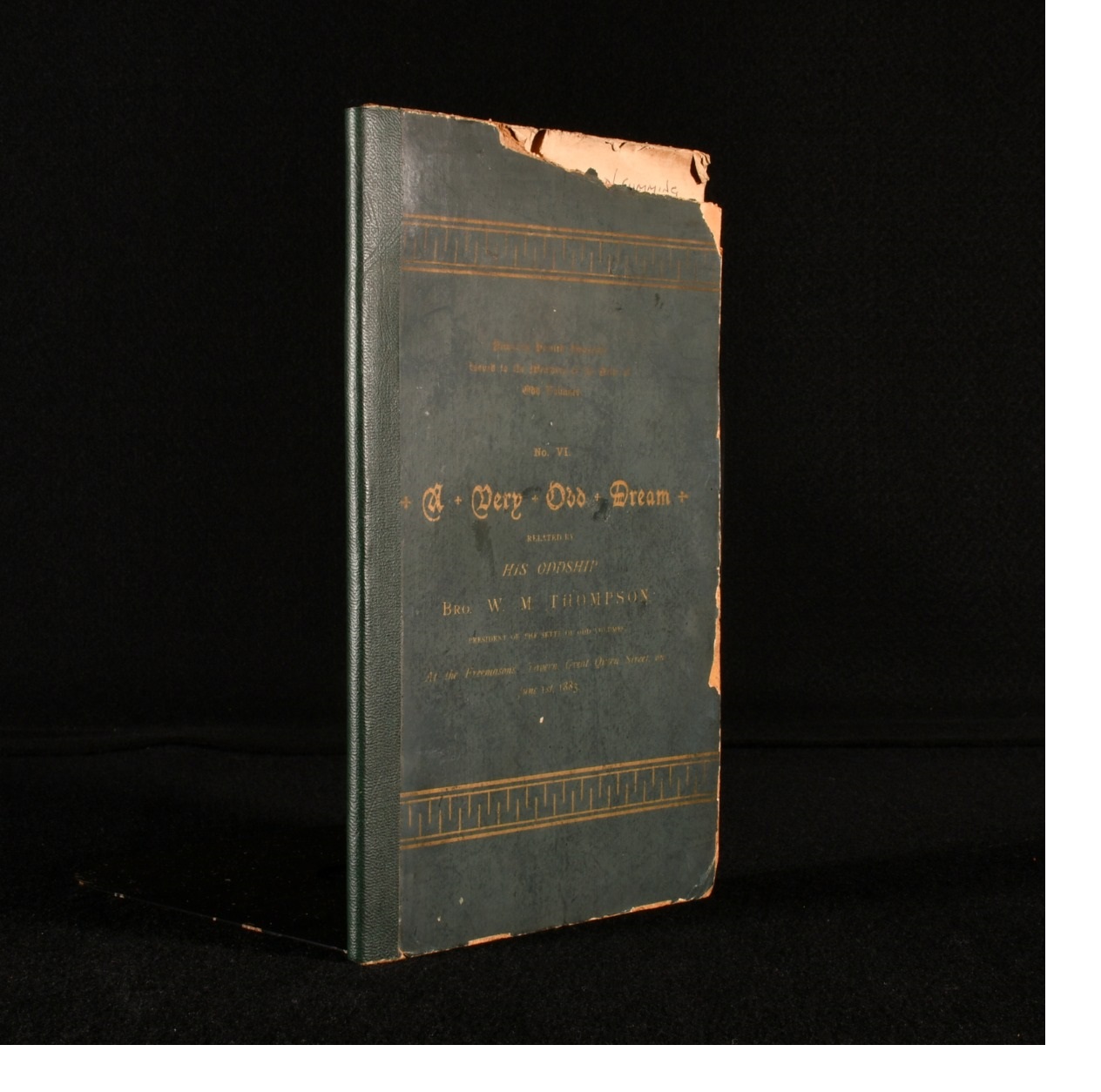 An extremely scarce and unusual piece of science fiction has recently been added to our collection. Titled 'A Very Odd Dream', the chap dates to 1883, and is signed by the author, William Mort Thompson. Thompson was the head of the Sette of Odd Volumes, a dining club for English bibliophiles later titled the Club of Odd Volumes, with later members including Alfred A. Knopf Sr., J. P. Morgan and Franklin D. Roosevelt. This work comprises a piece of early science-fiction, in which the narrator tells of a dream of the future he had in which his group were key to defeating Russia in a war which took place between 1930 and 1940. Although the vision did not quite come to fruition, it remains a particularly scarce first edition Victorian chap, even more exciting due to its signature.

You can see our other science fiction works (mostly dated over half a century later!) here.

Ferny Combes, A Ramble after Ferns in the Glens and Valleys of Devonshire 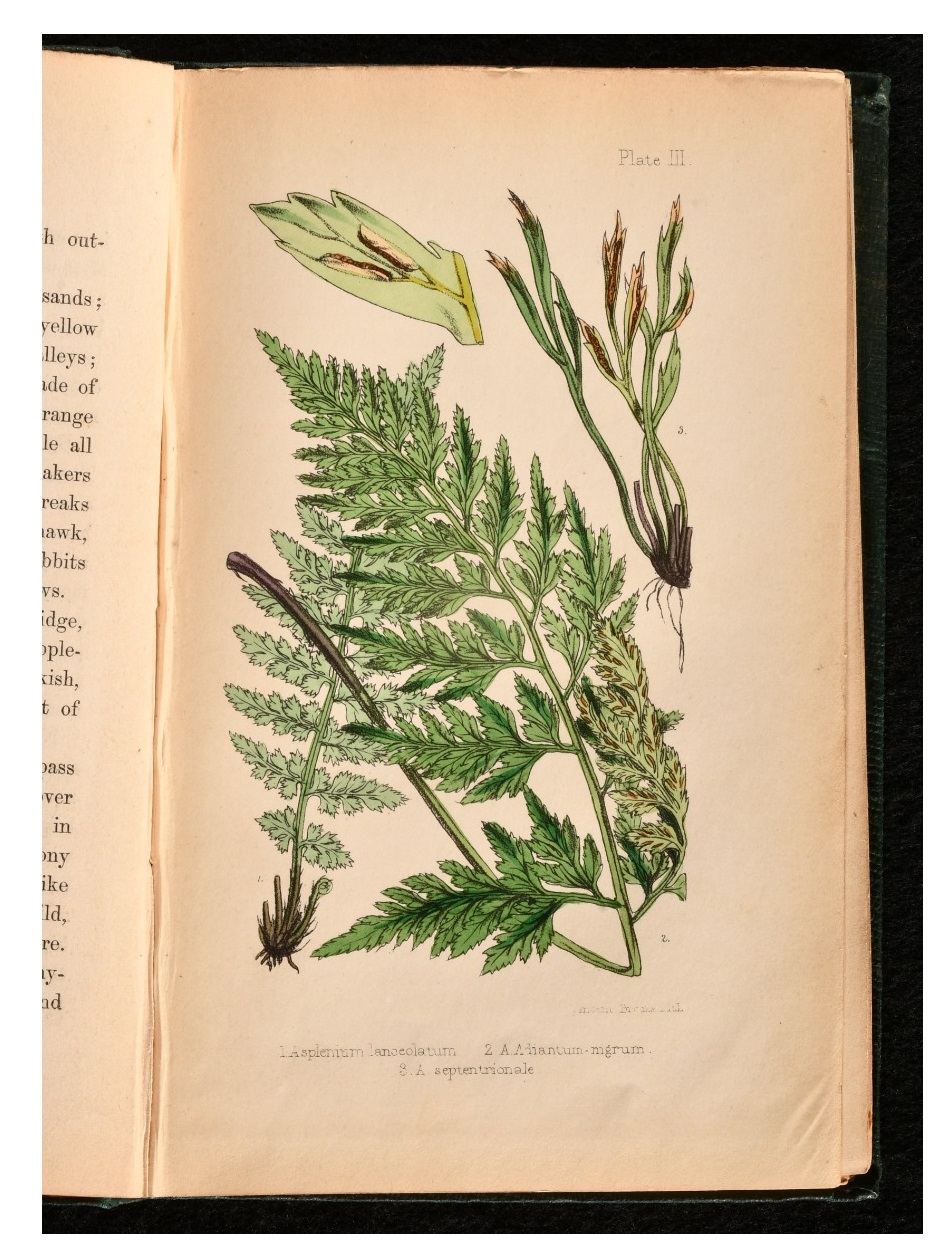 Working in antique books, we are frequently intrigued by the interests and habits of the Victorian, with the majority of the books we list published across the nineteenth century. Pteridomania, referring to the Victorian craze for ferns, struck us as a rather humorous trend in particular, and we enjoyed listing a third edition of Charlotte Chanter's 'Ferny Combes' which seems to have sparked the fad. The term was coined by Charles Kingsley, Chanter's sister, upon the publication and immediate success of her gardening work. 'Ferny Combes' inspired Victorians up and down the country to dig up rare ferns, which only increased their rarity. Pteridomania did further endanger numerous species of ferns across Britain, which have since generally increased in number; however, it also sparked an artistic craze for depicting the humble plant, with pottery created by the likes of Wedgewood & Co., as well as across glass, textile and woodwork.

Our 1857 third edition of Chanter's fashionable work is complete with a folding map and eight colour plates, and is one of numerous gardening works we've recently added to our collection. 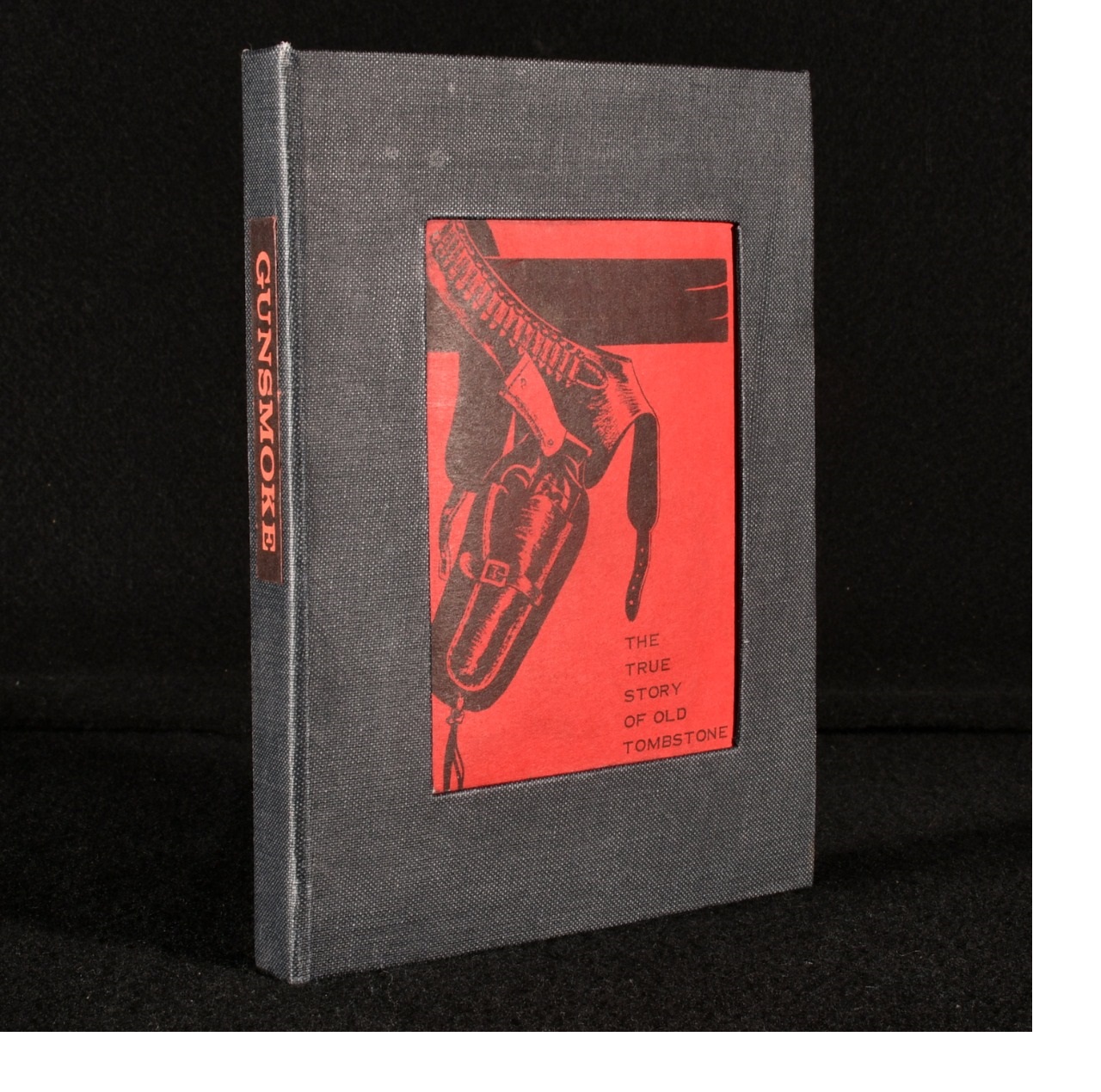 A fictionalised account of one of the most, if not the most, famous gunfight in the Wild West caught our attention this week. Occurring in the unusually-named Tombstone, Arizona, the shootout resulted in three deaths, all outlaws and members of the Cochise County Cowboys. The event grew in renown when portrayed on film in 'My Darling Clementine' in 1946 and later, 'Gunfight at the O.K. Corral', which starred Burt Lancaster and Kirk Douglas. Our copy of this little piece of historical fiction telling the tale of the town, and in particular the shoot-out which occurred there, features an account of the events surrounding and leading to a moment that epitomised the unruliness of the American Wild West, and features a pictorial cover from the original wraps.

Our other pieces of Americana can be found here. 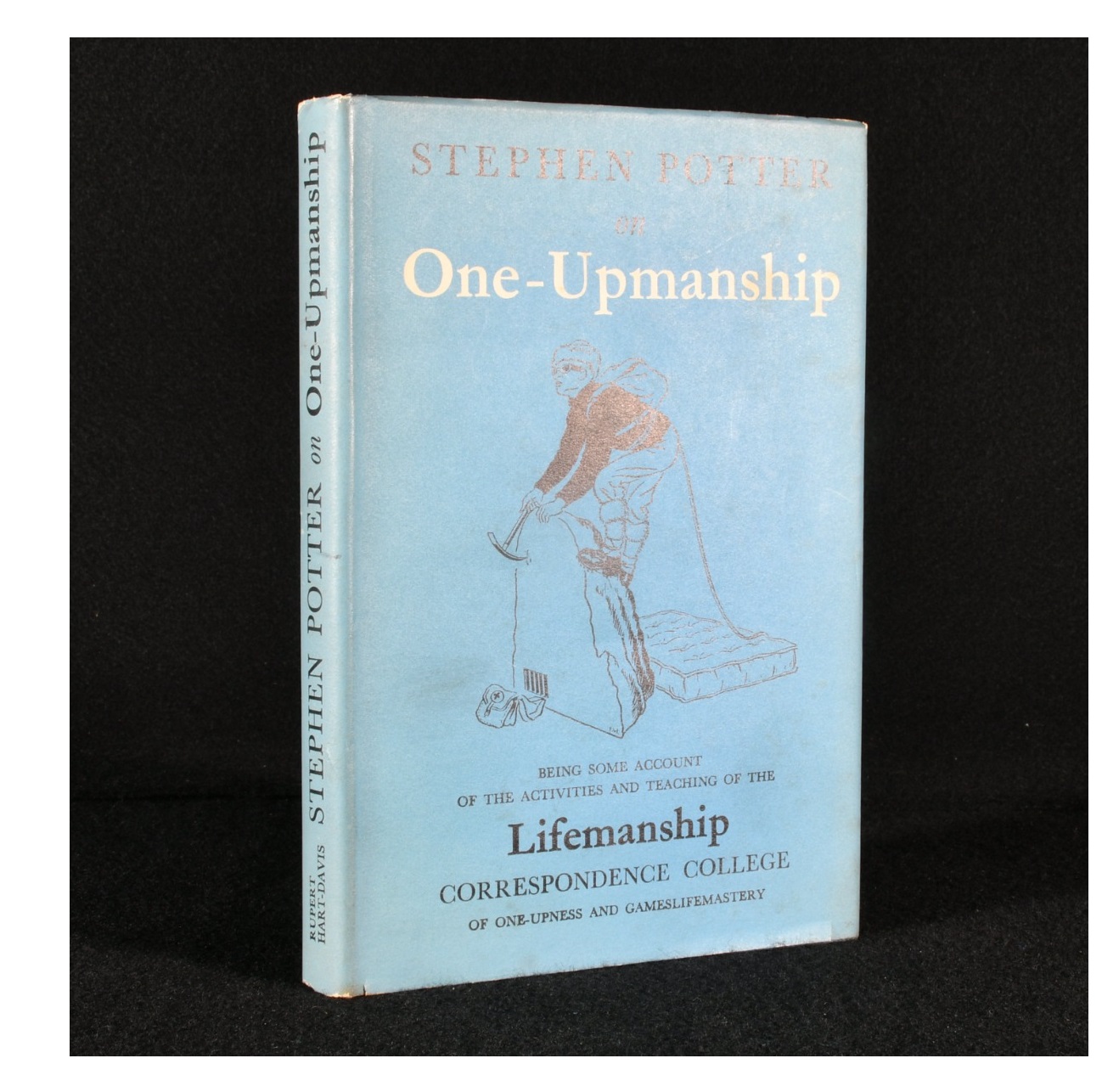 A humorous classic by Stephen Potter, this 1952 first edition of 'One-Upmanship' is a self-help parody following on from his successful 'Gamesmanship'. It satirises without ridiculing self-help books, proposing that the smart but courteous gentleman will appear superior to 'experts' in any social situation, and demonstrating how to use ploys to outsmart others at the 'games of life'. His three 'Upmanship' works were extremely successful, and were later adapted for cinema and television. Our copy of the second work in the series, 'One-Upmanship', is particularly smart, with Potter's sharp writing combined with the cartoonish illustrations by Lt.-Col. Frank Wilson making for a quick-witted and light-hearted work.


Our other works regarding humour, and indeed games, can be found on our website.