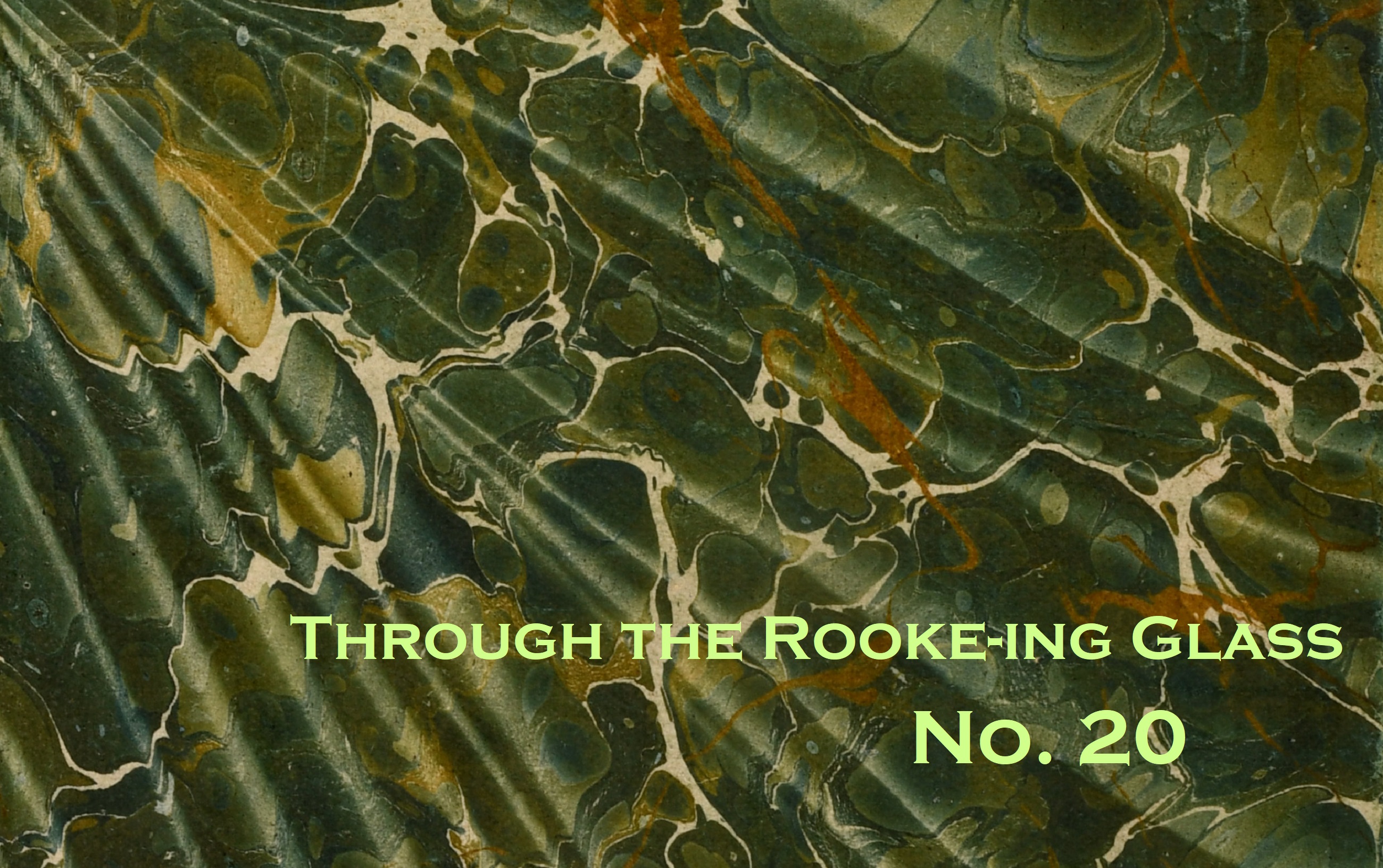 Through the Rooke-ing Glass No. 20

What a week we've had in honour of our twentieth 'Through the Rooke-ing Glass'! With all sorts of exciting works regarding archaeology, as well as numerous beautiful classics bound in pictorial cloth already flying off the shelves, it remains to me to name our most unusual and exciting finds. 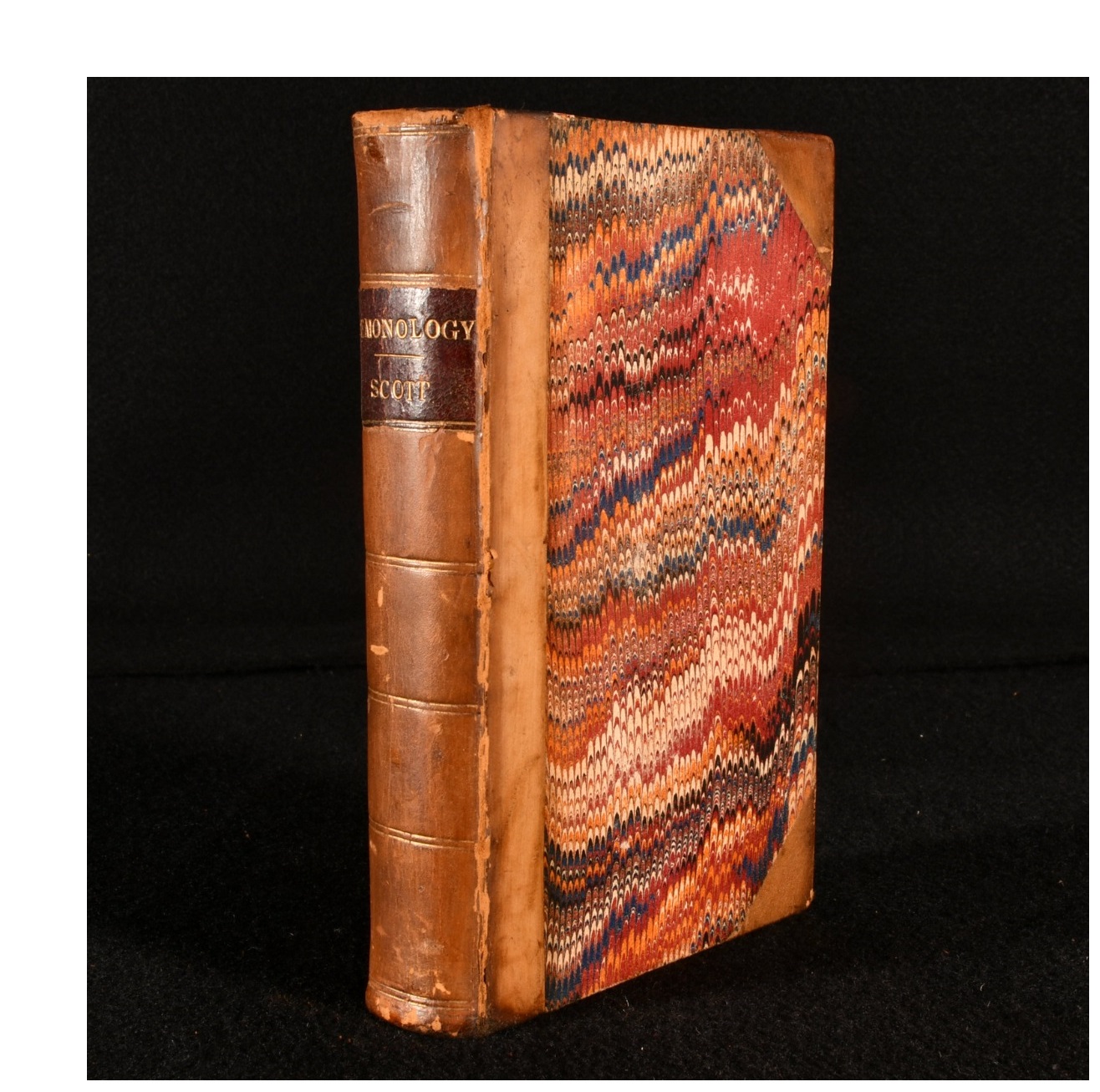 Scott is one of our most popular authors, with his Waverley novels being a particularly desirable work. But this renowned Scottish romancer also enjoyed some more esoteric interests, as demonstrated by our recently listed first edition of his work 'Letters on Demonology and Witchcraft addressed to J. G. Lockhart, Esq'. This work looks closely at all manner of supernatural things, including brownies and elves, demons and witchcraft. It is said that Scott took great interest in the supernatural from his youth, and this work was influential in promoting Gothic and ghost fiction as a fashionable Victorian trope. It is now a highly regarded work of scientific anthropology. Our first edition, bound in contemporary leather, provides us with a less widely known side to the writings and inner workings of Sir Walter Scott. 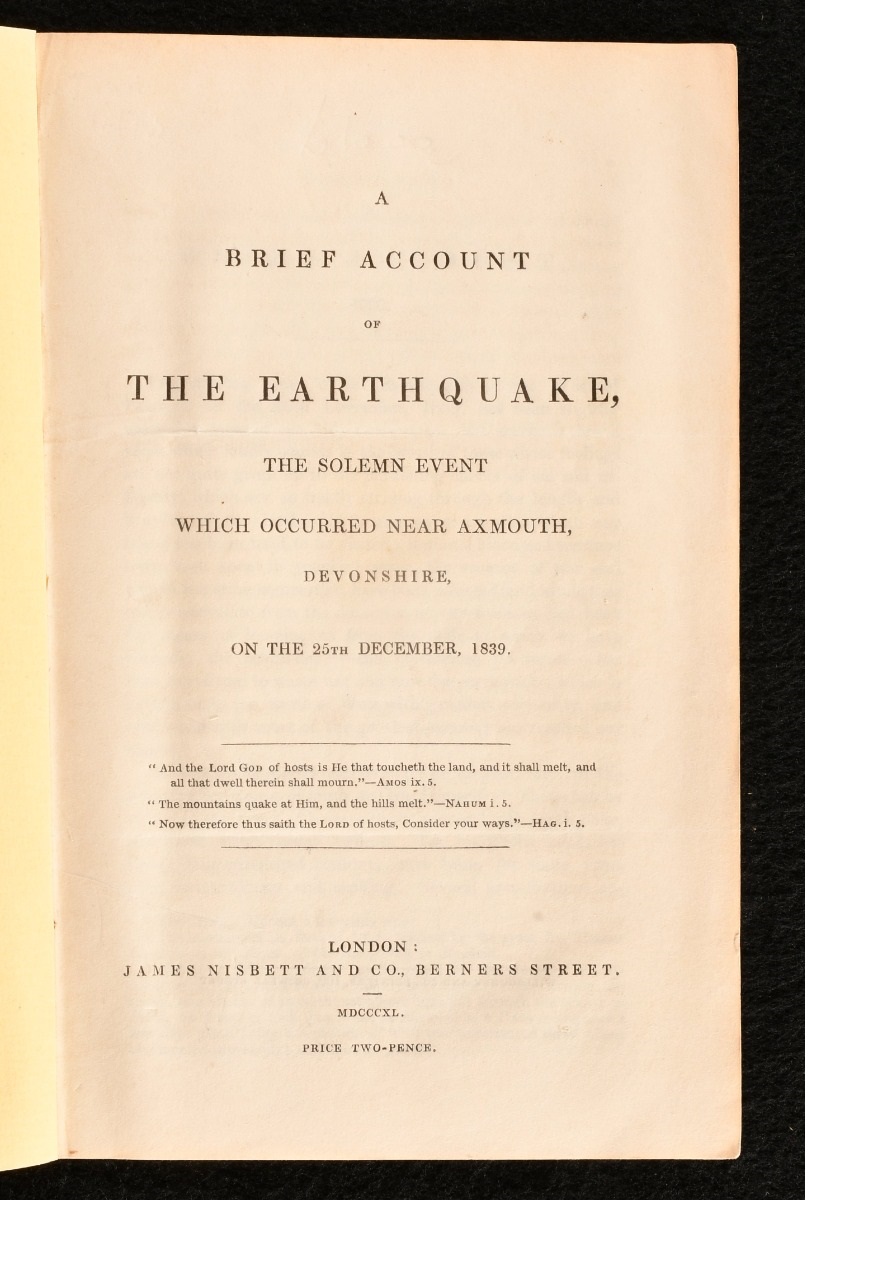 An extremely rare account of Devonian history was added to our collection this week, detailing the Axmouth Landslip which occurred on Christmas Day, 1839. Widely thought to have been an earthquake, or even a volcanic eruption, the landslip resulting in some eight million tons of farmland tumbling onto the beach, creating the geological scenery the area is known for today. It was such a spectacle that Queen Victoria herself visited the site in her yacht, and a dance was created to commemorate the event, which was preached to have been a warning from God. This contemporary account of a troubling yet interesting geological happening is extremely scarce, with no other copy seen in commerce and only one copy held institutionally, and is a rare and unusual piece in the history of Devon. 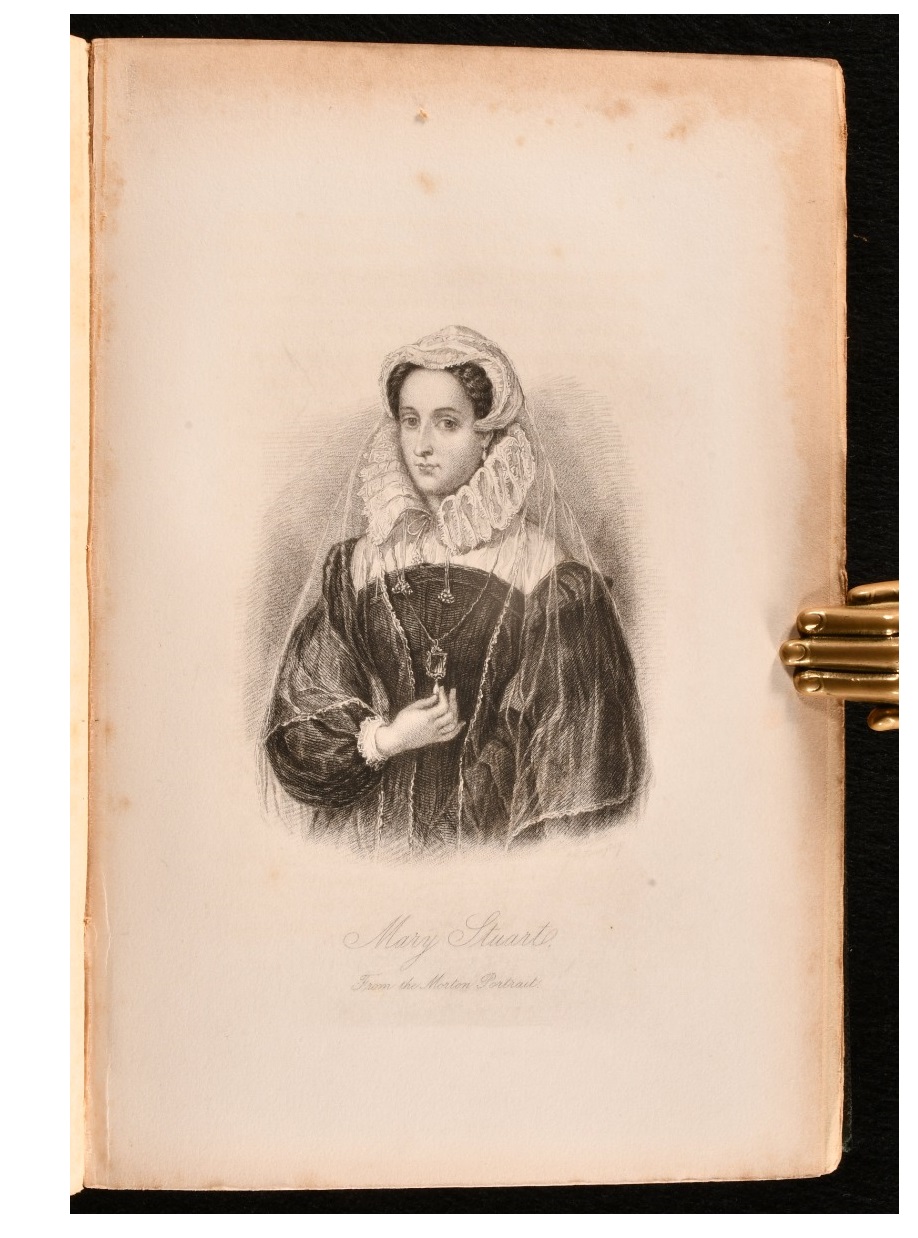 Mary Queen of Scots, and Who Wrote the Casket Letters?

The Casket letters, consisting of eight letters and a number of sonnets, were allegedly written by Mary Queen of Scots to the Earl of Bothwell, and strongly imply that Bothwell and Queen Mary were accomplices in the murder of Lord Darnley, Mary's husband. However, it has been disputed for centuries as to whether the letters are forgeries, or written by the Queen's servant. Our first edition, titled 'Mary Queen of Scots and Who Wrote the Casket Letters?', is an exploration into the authenticity of the letters, written by Samuel Cowan and first published in 1901. It examines closely the implications the letters have on Mary Queen of Scots, making for a fascinating read regarding sixteenth century history. It is thought that the letters themselves were destroyed by James VI, and now only copies remain, furthering the speculation as to what degree, if any, the letters were a forgery. Our first edition is illustrated throughout, and complete in two volumes.

For more of our works regarding British history, have a peruse here. 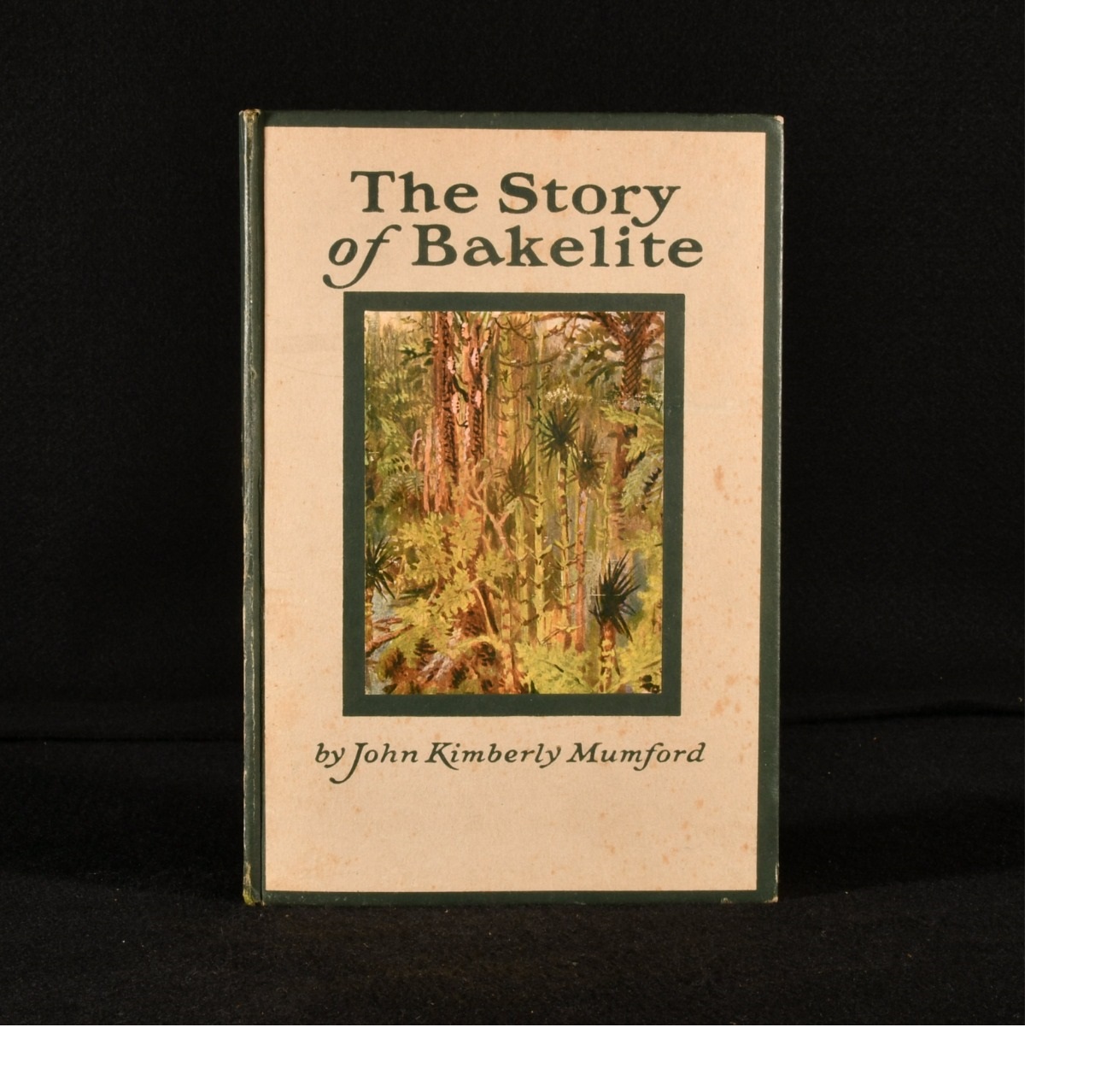 The Story of Bakelite

A most unique work to add to our history collection, 'The Story of Bakelite' narrates the history of the first man-made synthetic plastic, describing the use of Bakelite in the First World War. It is a particularly rare first edition, published in 1924, some fifteen years after Bakelite was patented. Remembered for its bright colours, it was used in telephones, radios, kitchenware and jewellery, as well as firearms. We were fascinated by such a scarce work; although we do have many works on chemistry and physics, it is not very often that we add a history of Bakelite to our collection! Our first edition is illustrated with four plates, as well as in-text illustrations, and is a charming recollection of the history of a ground-breaking material for mankind. 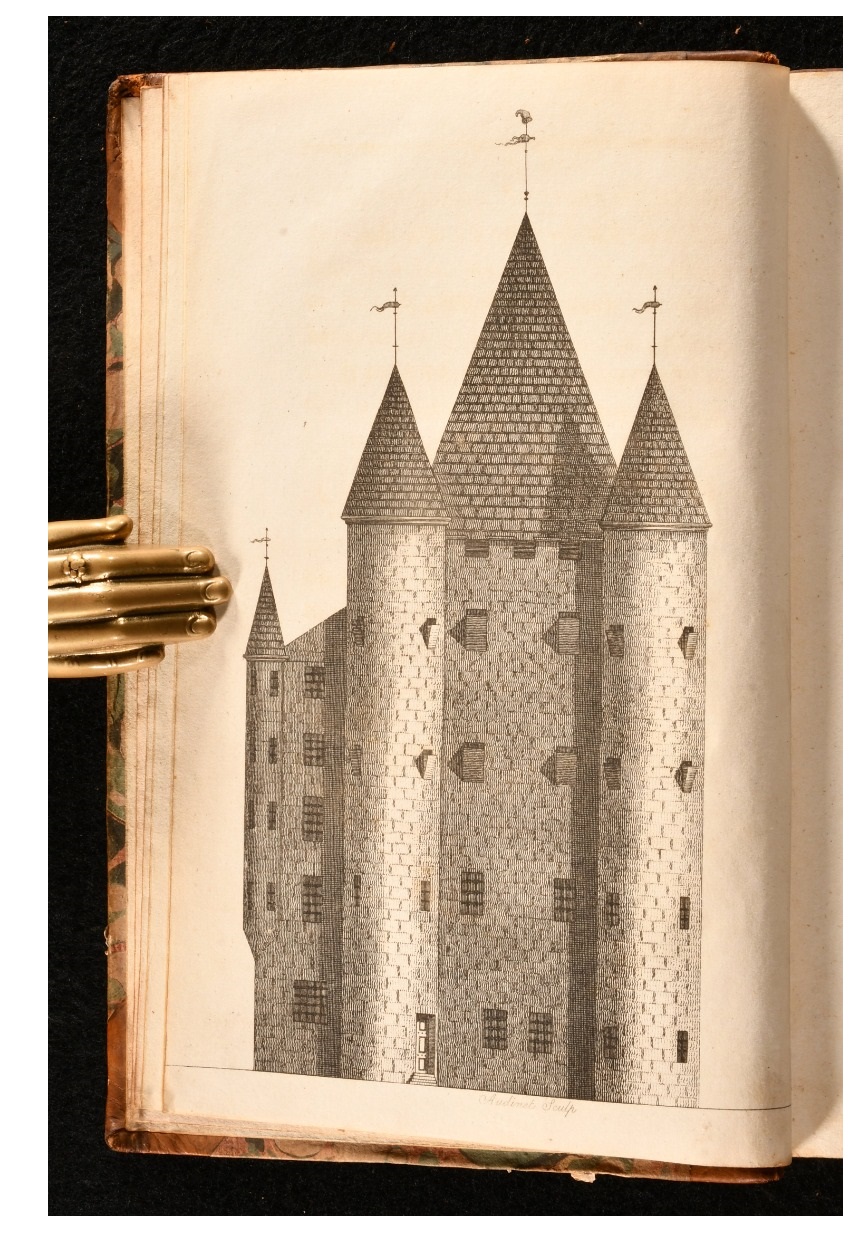 Another compelling addition to our collection this week was an English translation of a popular account of Louis XVI. Written by Jean-Baptiste Clery (1759-1809), the personal valet to King Louis XVI, this work details the author's time spent as Louis XVI's valet whilst he was imprisoned in the Temple ahead of his execution. Remarkably, Clery evaded the guillotine and was freed the following year; after the revolution he became the valet of the future Louis XVIII, and was knighted when this work was published with Louis XVIII's blessing. A thoroughly enjoyable pro-royalist work, we enjoyed imagining the life of Clery himself, by the side of two prominent French monarchs.

Here you can find more works regarding European history.

And finally, you may have noticed that rather than an illustration, this week in celebration of our twentieth blog post, we have decided to celebrate the beauty of paper marbling, a practise that has been employed by bookbinders for centuries and is an iconic feature of antiques. This example of marbling comes from a smart four volume set of the works of Wendell Holmes, which include his 'Breakfast-Table' works.