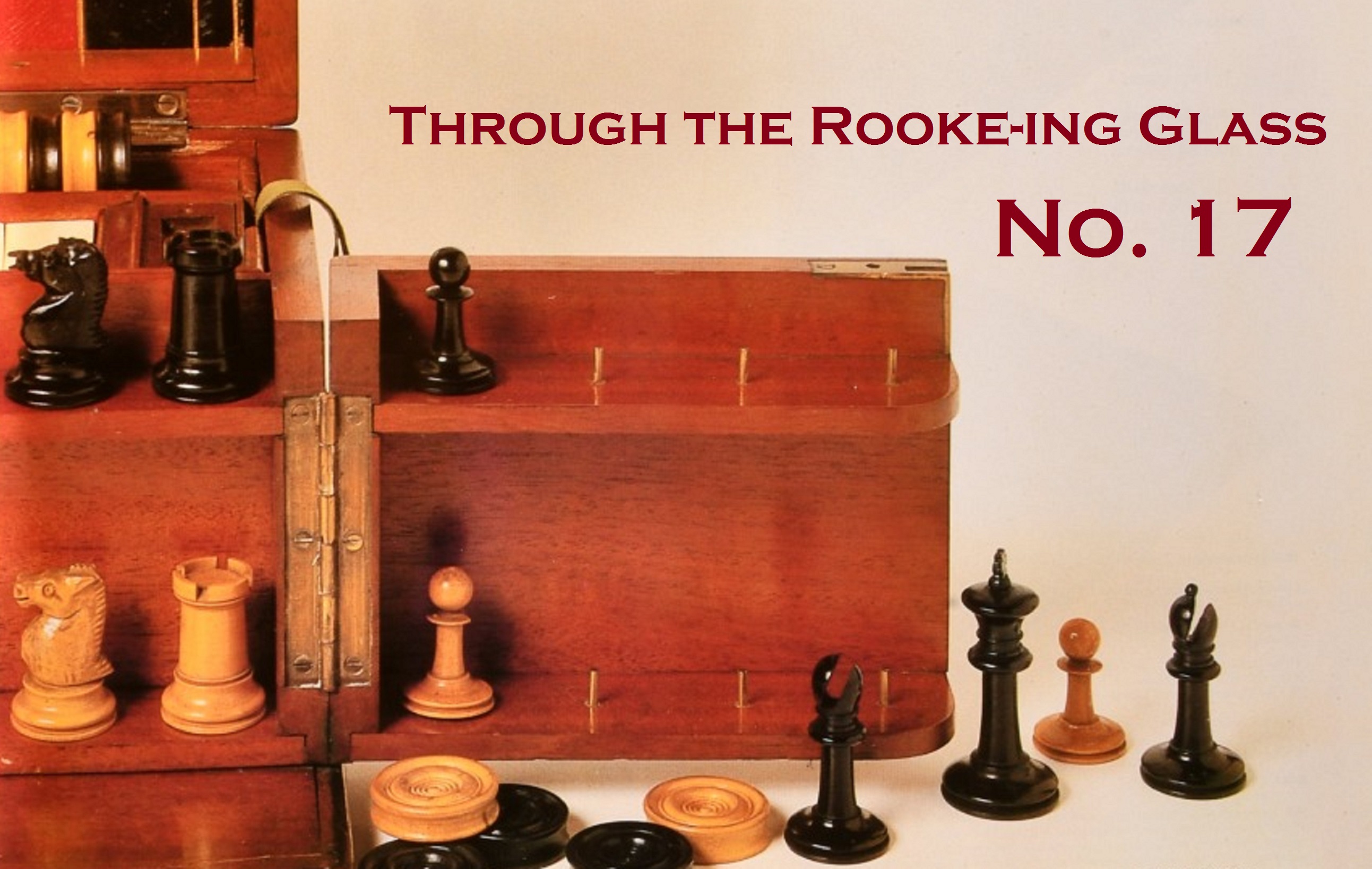 Through the Rooke-ing Glass No. 17

Last week's new arrivals has seen us untangling a number of puzzle and games related works, as well as our share of Decorative Art works and British topographical works. However, the adventure does not stop there, and in and amongst all of the crossword puzzles and furniture histories, we've compiled here some of our highlights of the week. But, to start off with a puzzle... 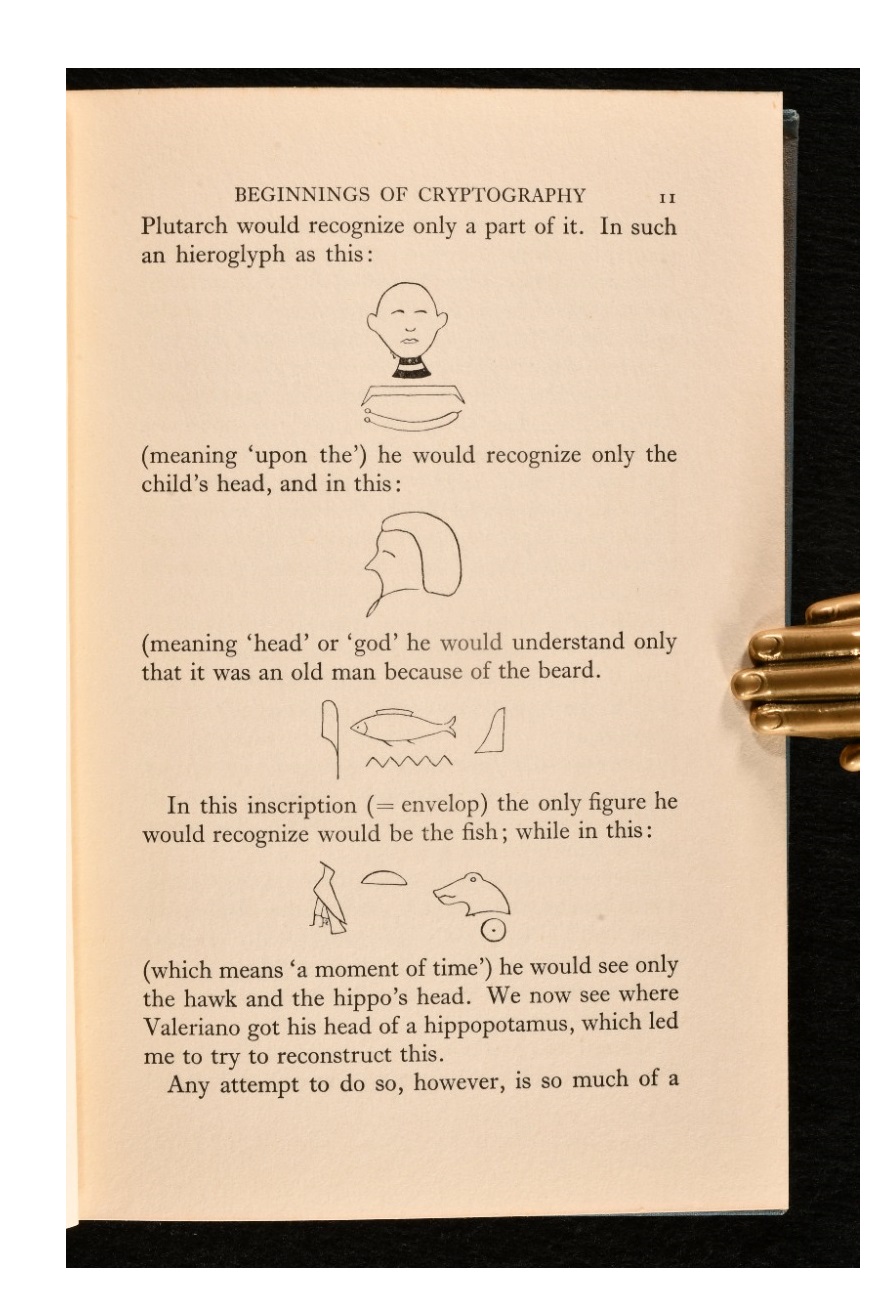 We've added to our collection this week an uncommon work, being the first edition of D'Agappeyeff's collection of codes and ciphers. This collection finishes with a 'challenge cipher', not included in later editions, which is as-yet unbroken and which D'Agapeyeff himself later confessed that he had forgotten how he had encrypted the cipher. This makes for a fascinating challenge for he who dares attempt the challenge; our copy is illustrated throughout.

Another puzzle related work we were rather fond of was 'Indoor Games for Awkward Moments', published in 1917. This is a very scarce first edition, complete with the original dust wrapper, illustrated, and brilliantly titled. For other works in a similar vein, see our 'Board and Other Games' section on the website.

As ever, we were excited to add a more esoteric work to our collection, particularly an early edition of Nostradamus' prophecies, published in 1689. 'Les Vrayes Centuries et Propheties', Nostradamus' famed collection of prophecies, first appeared in 1555, and contains anagrams, mythological and astrological references. The majority of the quatrains within focus on disasters; Nostradamus gained a remarkable reputation as being a skilled seer of future events, and gained many supporters who believe that his predictions have accurately foreseen major events, including the Great Fire of London, the rise of Hitler, the French Revolution and the rise of Napoleon as well as the world wars. This edition is published in the original French, and is complete with all nine-hundred and forty-two quatrains, as well as a short life of the author. A fascinating and unusual work comprising an important piece of occult history.

1911 The Art of Revolver Shooting 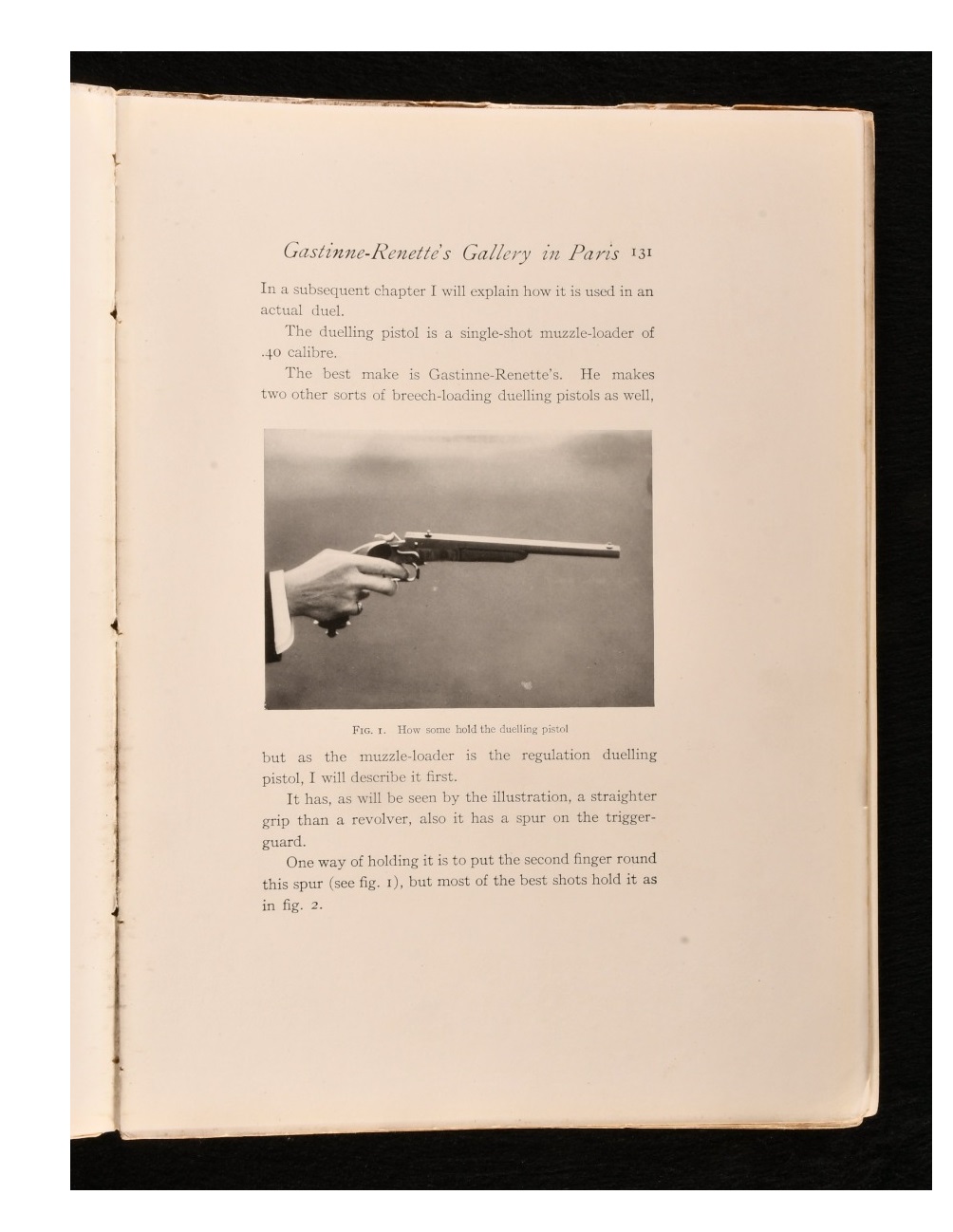 We enjoyed poring over the illustrations depicting how to fire various revolvers and pistols in Walter Winans' uncommon work, 'The Art of Revolver Shooting'. This guide was first published ten years prior, with this being a new and enlarged edition. It was penned by Walter W. Winans (1852-1920), an American marksman, painter and horse breeder remembered for his contributions in the 1908 and 1912 Summer Olympic Games, where he won a gold medal and a silver medal in shooting respectively. This is a thorough guide to the skill, richly illustrated and penned by a seasoned expert.

What's more, our listing this work nicely coincided with the addition of a number of Ian Fleming's Bond novels to our library: a 1965 first edition of 'The Man With The Golden Gun' complete with the dust wrapper, a 1958 edition of 'Dr. No' and a 1964 first edition of 'You Only Live Twice'. We enjoyed imagining Fleming's hero studying 'The Art of Revolver Shooting' during his early training days! 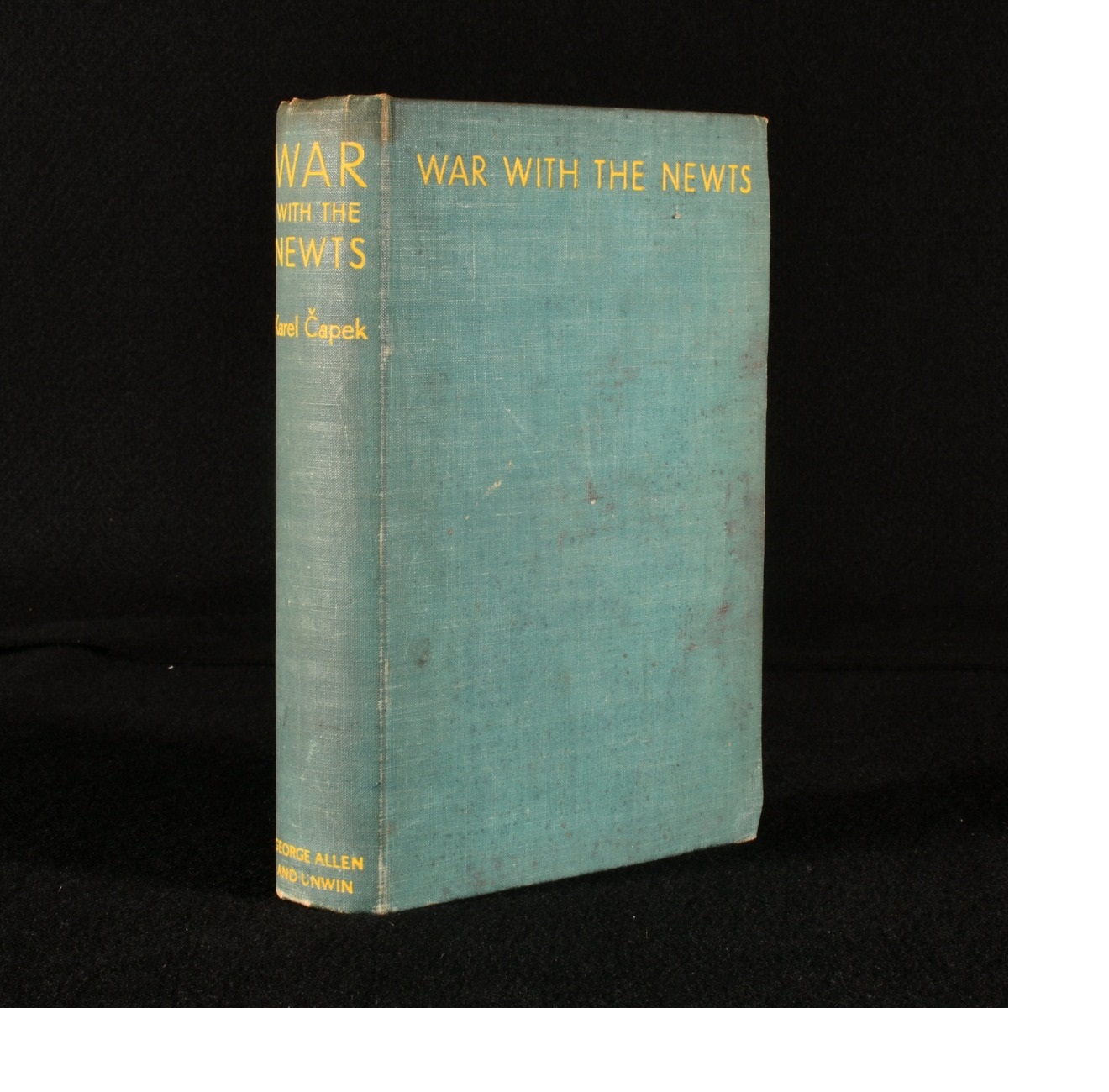 An early, satirical work of science-fiction, Karel Capek's 'War With The Newts' details the discovery of an intelligent race of newts who live in the sea, who are enslaved by man before gaining knowledge of the human world and finally causing a rebellion. Our copy of this work is the scarce first English edition, and comprises a fantastic example of the early years of science fiction writing. It satirizes occurrences in European politics at the time, including fascism and Nazism; this led to its being blacklisted by the Nazis in 1940 in Germany and 1941 in German-occupied Norway. This work played an important role in the history of science fiction.