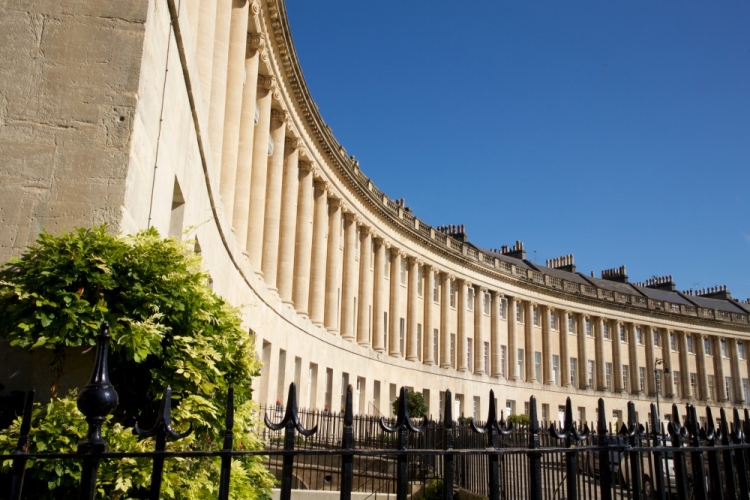 The Literary City of Bath

Our office is based in the beautiful literary city of Bath, in the South-West of England. Bath is associated with the likes of Jane Austen, who once lived in Bath, and many other prominent figures in British social history, as it was a social Hub during the seventeenth to nineteenth centuries.


From 1776, we have this humorous satirical poem about society in Bath, ‘An Election Ball’. This poem, written by Christopher Anstey, is a burlesque satire on Bath society in the eighteenth century. This is an intriguing edition, illustrated with a very scarce frontispiece, and including the very scarce original Latin half of the text. Antsey was also well known for his other satirical poem on the city The New Bath Guide, which was his most popular work. We have a later 1805 edition bound in a lovely full calf binding.


We have a beautifully illustrated 1793 guide to Bath, ‘A Picturesque Guide to Bath’, which also advises the reader on the surrounding areas of the city. This first edition offers an interesting insight into what the prominent and tourist-attracting sights were at the end of the eighteenth century, and would be interesting to see how they compare to the modern areas.

In 1801 Richard Warner published his ‘History of Bath’, and we hold the scarce first edition in a lovely condition. The work is profusely illustrated, including with a folding map, and discusses the long history of the city in-depth. From the ancient Roman city, to the construction of Bath Abbey, Warner here offers a beautiful work on the city.


If you’re interested in the Roman history of Bath, we have his work, ‘Notices of Roman Bath’, which is an in-depth into the historical Roman fragments found within the city. This is a lovely edition, a signed first edition, illustrated with a folding map and a folding plate.