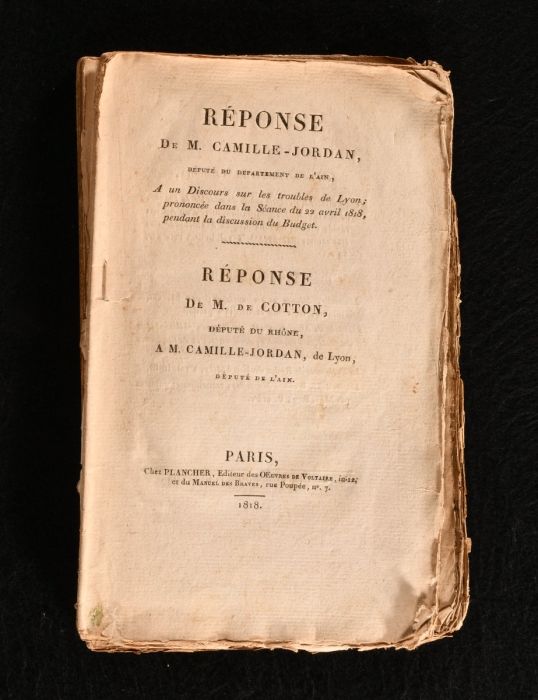 The first and only edition of this work.

This pamphlet is a printing of discourses between Mr Camille-Jordan to Mr De Cotton. Camille-Jordan was the deputy of the department of Ain whereas Mr De Cotton is the deputy of Rhone. The Rhon and Ain departments are neighbouring. Rhone holds the modern day city of Lyon. Several Lyon suburbs were in Ain until the mid twentieth century when they were attached to Rhone.

The discourse refers to Lyon and the budgets, as discussed in a 22nd April meeting in 1818.

At the time of this publication, Allied troops were still occupying France. It was a great financial weight on the country.

A fascinating look at the political landscape of east-central France.