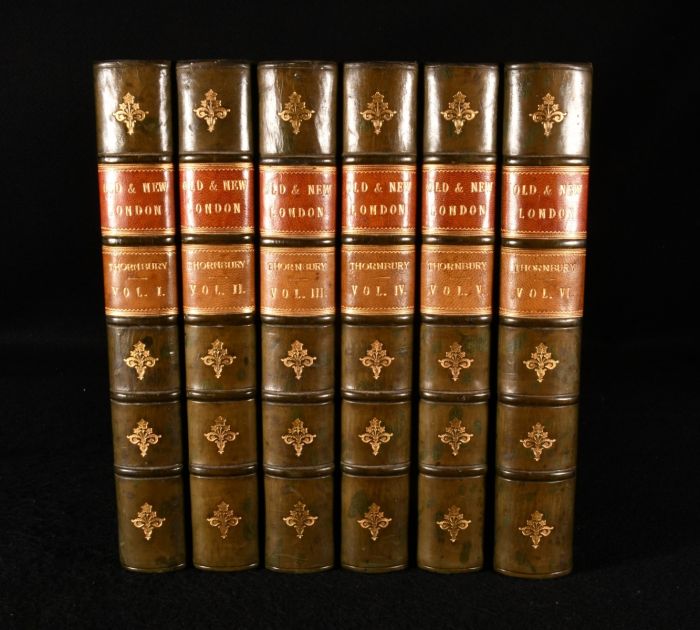 Illustrated, with a frontispiece to all volumes, and numerous vignettes.

Frontispiece to volume IV is closely trimmed to the fore-edge.

Ex libris John Gadd, with his label to the front pastedown of all volumes.

George Walter Thornbury (1828, London - 11 June 1876, London) was an English author. A journalist by profession, he also wrote verse, novels, art criticism and popular historical and topographical sketches. He began his career in 1845 with contributions to Bristol Journal and wrote later mainly for the Athenaeum. His Old and New London: a Narrative of its History, its People, and its Places was first published in two volumes in 1872, and in an undated edition of 1878 in six volumes, the last four being by Edward Walford.

In a half calf binding, with cloth covered boards. Externally, very smart. Fading to the spines. Light shelfwear to the extremities. A few small scratches to the front board of volumes II and III. Internally, all volumes are firmly bound. Pages are bright. Spotting to the fore-edge. Just the odd spots to pages.