1892 A Short History of the English People 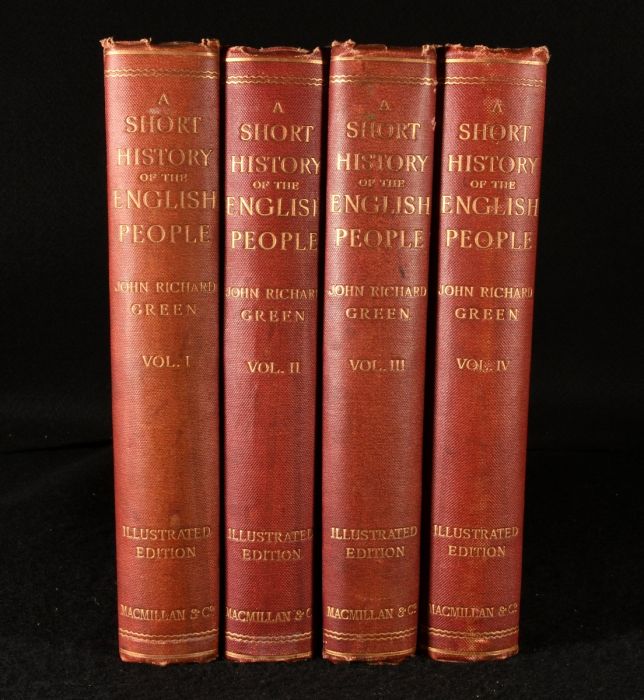 The first edition thus, being the first illustrated edition.

Illustrated throughout with maps, full page plates and vignettes.

John Richard Green was an English Historian who was born and educated in Oxford. Though he entered into the clergy he later gave this up and was appointed librarian at Lambeth. It was during this period that he began his historical writings, intended to write a history of England under the Angevin kings.

After suffering from ailing health, Green concentrated his energies on this Short History in four volumes, which assured his rank among the finest historical writers. The short history was later republished as part of the Everyman library and was noted as being among the first historical writings to make the social, industrial and moral progress of the people its main theme.

In uniform full cloth bindings. Externally, very smart, with light bumping to the head and tail of spines. Light fading to the spines. Front hinge to volume Iv is strained but firm. Internally, all volumes are firmly bound. Pages are very bright. Occasional scattered spots to pages.