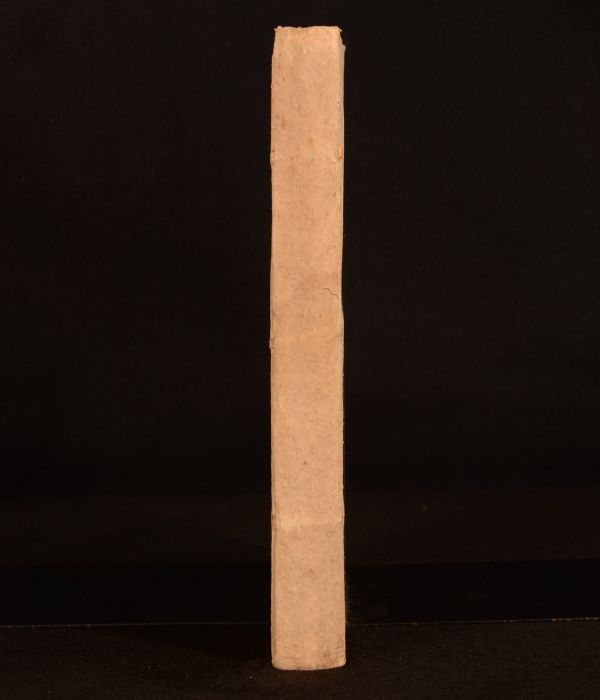 In the original Latin. A very scarce work. This work is an octavo, with the signatures running as A-R8, S3. Register L has been misbound, with the even numbered leaves being bound before the odd numbered leaves. A critical look and revision of Pierre Danet's Latin to French dictionary, which was first published in Paris in 1673. Danet's dictionary was an influential work and went through numerous editions and adaptations. His dictionary provided the basis for multiple dictionaries for European languages. Danet's original French-Latin dictionary was written for the use of the Dauphine. Jacopo Facciolati was a lexicographer, who was the leading academic of the Padua University for forty-five years, where he was a Professor of Logic. He wrote improved editions of numerous philological works such as this work, including Nizolius' 'Thesaurus Ciceronianus', and Ambrogio Calepino's 'Lexicon Septem Linguarum. Facciolati is probably best known for his continuation of Nicolo Comneno Papadopoli's history of the University of Padua. Facciolati was well known over Europe during his life for being an enlightened and ardent teacher. He was offered many prosperous invitations for work, including to be a director of a Lisbon college for young nobility from the King of Portugal, all of which he refused. Bookplate to the front pastedown, 'Dom Lourenco de Lima'.

In the original publisher's parchment covered boards. Externally, generally smart. Some rubbing and discolouration to the boards and spine. Light marks to the boards and spine. Dampstain to the tail of the front board. A little bumping to the extremities. Very small worming hole to the front board. Small worm holes to the pastedowns. Bookplate to the front pastedown. Internally, generally firmly bound. Pages are bright and generally clean with a dampstain to the gutter of most pages. Register L has been misbound, with the even numbered leaves being bound before the odd numbered leaves