The store will not work correctly in the case when cookies are disabled.
By Pierre Restaut
Paris   Le Gras; Prault; Lottin; Desaint
6.5" by 4" [7], ii-xxiv, [1], 2-572pp
The fourth edition of Pierre Restaut's early French work on the French language and its grammar.
By Pierre Restaut 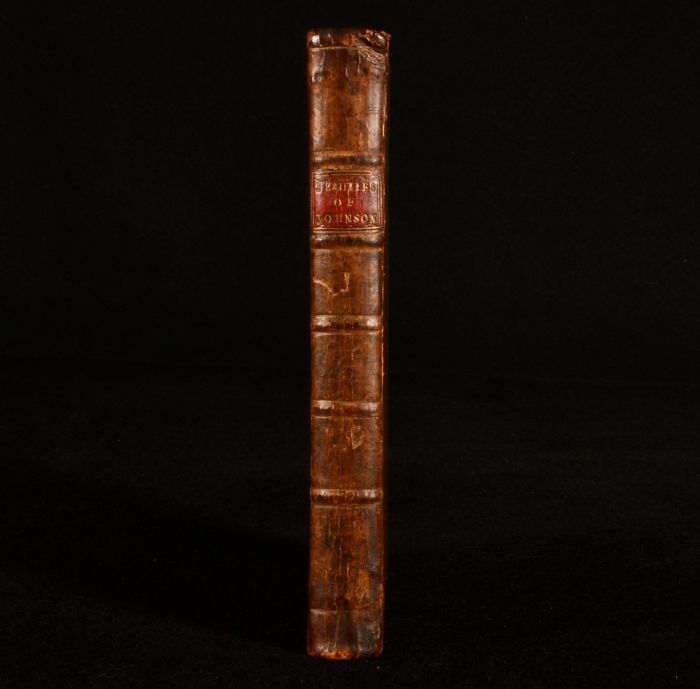 The fourth edition of this work. In the original French. This went through many editions but here in a rare early copy in pleasing and original condition with an interesting provenance. A very scarce edition with only two copies recorded institutionally. Collated, complete. Collated from Jisc from a copy held at the University of Oxford Libraries. The signatures for this work run as [1], a2, b12, A-Z12, 2A8, 2B2. A fascinating early work on the French language and its rule of grammar. This work was the first really elementary work written for the study of French. It continued to be in print for a century after its publication. The work is written in the form and questions and answers, and is divided into easy educational chapters, discussing words and syllables, vowels, gender, adjectives, comparatives, numbers, conjunctions, the properties of words, and much more. Written by Pierre Restaut. Restaut was a lawyer and a council to the King Louis XV. He also published other works on language, including 'Traite de l'Orthographe Francoise en Forme de Dictionnaire'. Bookplate to the front pastedown, 'Stonor' belonging to the Stonor family, Baron Camoys, from their library at Stonor Park in Oxfordshire. The library in the house dates to the seventeenth century. Prior owner's ink inscription to the recto to the front endpaper, 'For ye use of Dame M Bernard Parton'. Prior owner's faint ink inscription to the recto to the front free endpaper, 'Mary Gravy'.

In the original publisher's calf binding. Externally, generally smart. A small amount of loss to the head and tail of the spine. A little bumping to the extremities. Rubbing to the boards and spine. Some marks to the boards. Small crack to the head of the rear joint. Bookplate to the front pastedown. Prior owner's ink inscriptions to the recto to the front and front free endpapers. Internally, firmly bound. Pages are age-toned and clean. Small loss to the bottom edge of leaf R1, no loss of text.