The store will not work correctly in the case when cookies are disabled.
By Ralph Gardner
London   Philipson and Hare
8" by 5" xv, 237pp, [3]
A 'new' edition of Ralph Gardner's attack on the Puritans after the tax of coal trade was enforced in Newcastle.
By Ralph Gardner

1849 England's Grievance Discovered, in Relation to the Coal-Trade; the Tyrannical Oppression of the Magistrates of Newcastle; their Characters and Grants; the Several Tryals, Depositions, and Judgements Obtained Against Them; with a Breviate of Several Statutes Proving Repugnant to their Actions; with Proposals for Reducing the Excessive Rates of Coals for the Future; and the Rise of their Grants Appearing in this Book 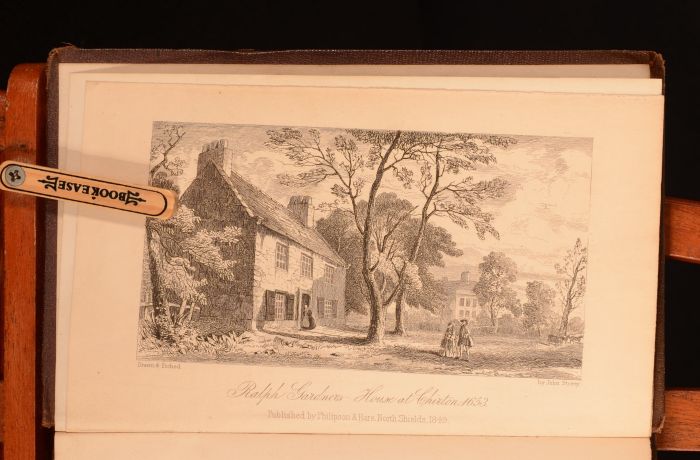 Ralph Gardner was a controversial figure during his time. He greatly opposed the money-grabbing schemes of the new Puritan Corporation, and for the new higher tax of the coal trade in Newcastle. This book was written and published at the height of his anger, and attacks the oppressive rule of the Puritan reign. Later, Gardner was also arrested due to refusing to close his brewery. With a short and sympathetic biography about Ralph to the front. With a frontispiece and three plates throughout.

In the original publisher's cloth binding. Externally, smart. A little light rubbing to the joints and to the extremities, resulting in a little lifting. Minor fading to the spine and to the joints. Light bumping to the head and tail of the spine and to the extremities. Minor shelfwear to the boards. Evidence of prior owner's pencil inscription to the front pastedown. Small stamp to the front pastedown. Newspaper clipping adheared to the recto to the front endpaper from the North Mail in 1933. Very small mark to the rear pastedown. Internally, generally firmly bound. Pages are bright and clean with the odd handling mark throughout. Occasional annotation by prior owner, none affecting text.