The store will not work correctly in the case when cookies are disabled.
By G Lowes Dickinson
London   George Allen & Unwin
9" by 6" xiv, 2-516pp
A fascinating investigation into the political landscape of the world in the ten years preceding the First World War.
By G Lowes Dickinson 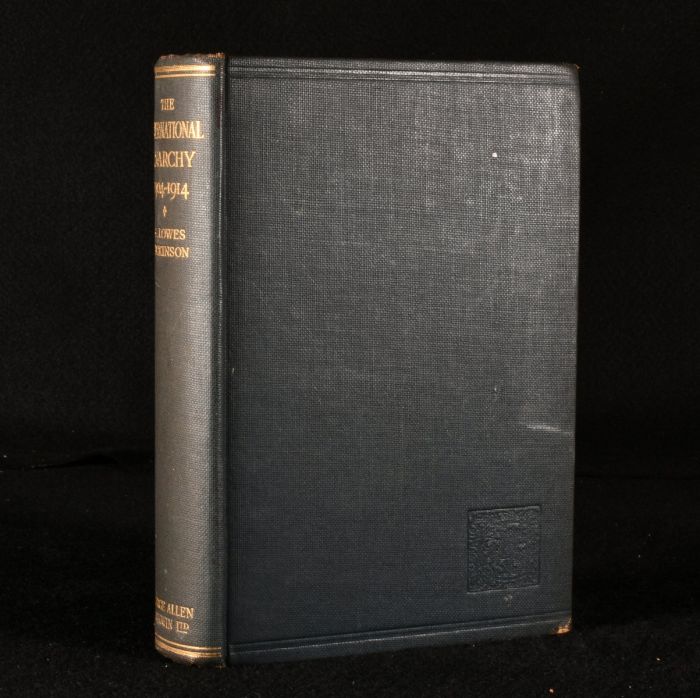 With chapters on a general sketch of European politics from 1870-1914, the Triple Alliance, The Conference of Algeciras, Tripoli, Agadir, Persia, The Far East, The Balkan Wars, The Hague Conferences, Anglo-German Relations, the Murder of Archduke Franz Ferdinand and several other aspects of world history and politics.

An important study, written after the end of the First World War, reflecting back on the recent history of all parties.

In a full cloth binding. Externally, vert smart. Light rubbing to the extremities. Inscription to the recto of front endpaper, 'Philip Rogers Christmas 1934 from Elsie'. Internally, firmly bound. Pages are bright. The odd spot to pages.