The store will not work correctly in the case when cookies are disabled.
By William Thorp
Bristol   J M Gutch
8" by 5" [3], iv-viii, [1], 10-36pp
A very scarce, first edition of this political pamphlet created by a dissenting minister at Bristol, William Thorp.
By William Thorp 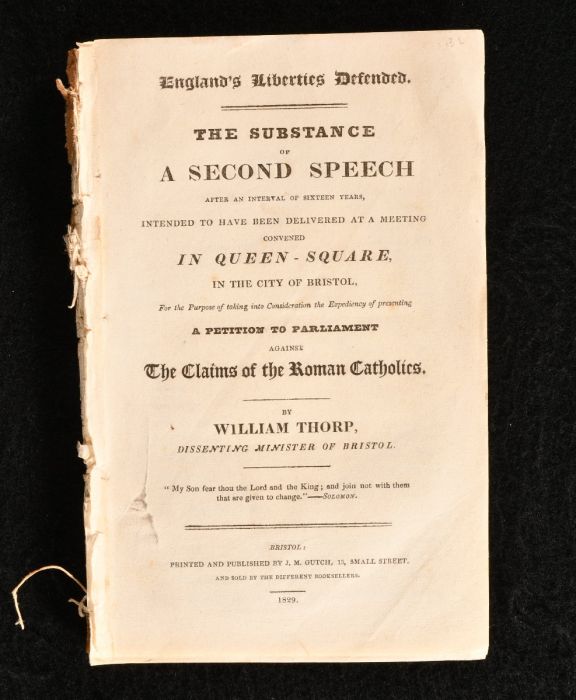 Published as a part of England's Liberties Defended.

This work is against the process of Catholic Emancipation in the United Kingdom. The Roman Catholic Relief Act was passed in 1829 and allowed members of the Catholic Church to sit in parliament in Westminster.

The first and only edition of this political pamphlet which gives an account of Thorp's speech delivered at Queen's Square, Bristol. Thorp believed that the members of the Roman Catholic church should not be allowed to sit in parliament and he states 'a Protestant Parliament, and a Protestant Administration; but stop here. Beyond this mark is double Treason; Treason against the MAjesty of the King, and treason against the liberties of the people.

A fascinating piece of British history, and one perspective of the political changes at the start of the nineteenth century.