1990 Flashman and the Mountain of Light 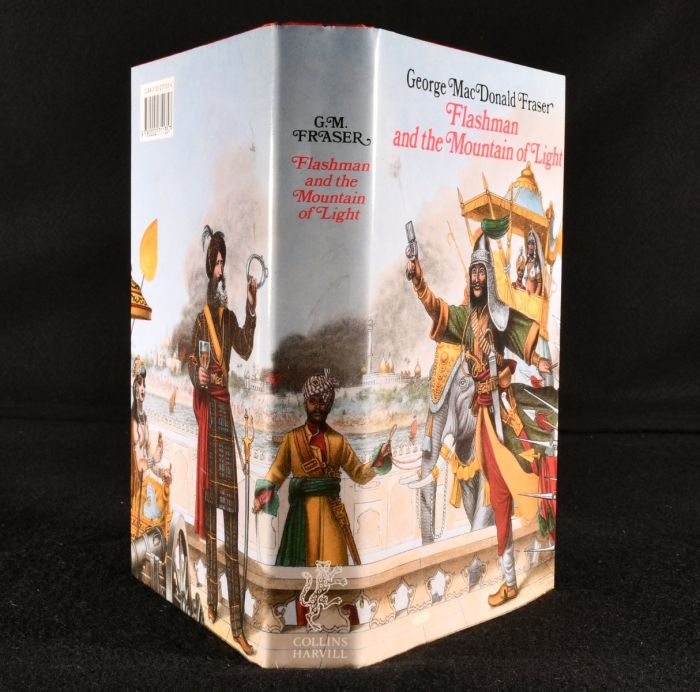 This series is notable for the accuracy of the historical settings and praise from critics. P.G. Wodehouse said of Flashman, "If ever there was a time when I felt that 'watcher-of-the-skies-when-a-new-planet' stuff, it was when I read the first Flashman."

Originally created by Thomas Hughes in his semi-biographical work Tom Brown's School Days and later developed by Fraser in his Flashman series, Harry Paget Flashman was a bully in school, and was eventually kicked out for drunkenness. The Fraser series explores Flashman later in life, where he lives in as a Victorian soldier climbing the ranks of the British Army but also remains the same drunk, liar, thief, and cheat, and often runs away from danger rather than facing it head on. Though being an antihero, his character is always eventually regarded as a hero.

'The Flashman Papers' are supposed discovered memoirs, following the story of Flashman as narrated by Fraser.

This volume follows the story of Flashman in Indian affairs.

In the original publisher's red cloth binding, with titles stamped in gilt to spine. Externally lovely, with minor shelfwear nly. Dustwrapper is unclipped and excellent, with only minor shelfwear. Internally, firmly bound. Pages are bright and clean.