1926 Imperial Defence A Book for Taxpayers 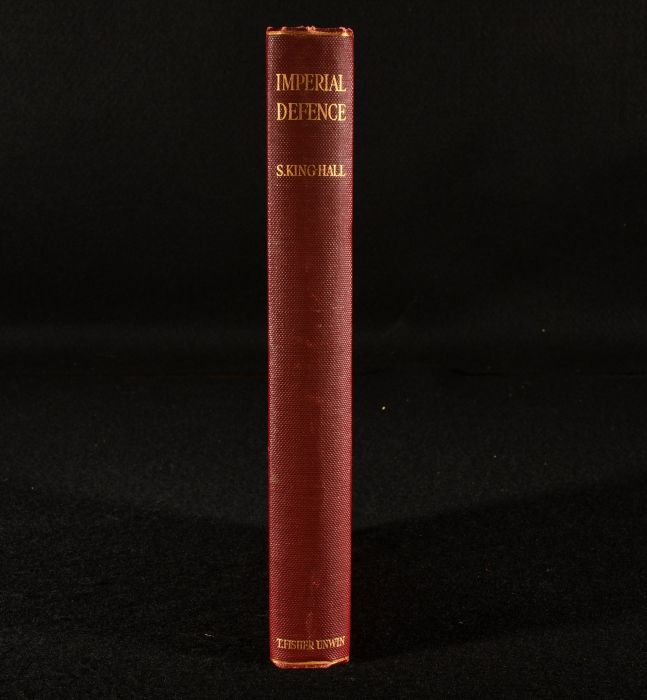 The Committee of Imperial Defence was an important ad hoc part of the Government of the United Kingdom and the British Empire from the end of the Second Boer War until the start of the Second World War. The Committee were responsible for the research, and some co-ordination on military strategy issues. At the time of this publication, the Imperial Defence were a peacetime defence planning system. In the introduction, King-Hall observes that from 1926-1927 there will be approximately £116 million spent on Defence Services which amounts to 1/8 of the national revenue. He analyses the policy of the Imperial Defence, the empire, possible wars, the efficiency and co-ordination between military services in Britain, the Ministry of Defence, and the argument for and against Disarmament. Stephen King-Hall was a British naval officer, writer and politician. He fought in the First World War and gained the rank of commander in the service of the Royal Navy in 1928. He wrote many military works. A fascinating analysis on Britain's Imperial Defence during the inter-war years, written by an authority on the subject. King-Hall produces a balanced argument and looks at ways the Imperial Defence could prepare the empire for any future conflict.

In the publisher's original cloth binding. Externally, very smart. Fading to the board edges. Minor bumping to the head and tail of spine. Internally, firmly bound. Pages are bright and clean.