1924 Novels of the Sisters Bronte 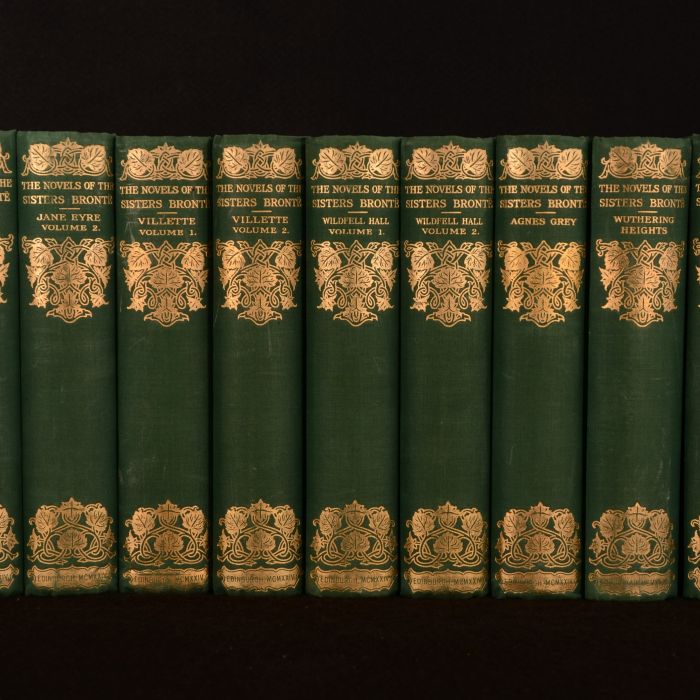 In the publisher's original cloth binding with gilt detail to spines. Externally excellent, with slight bumping to extremities and head and tail of spines. The odd small mark to boards. Internally firmly bound. Pages very bright and clean throughout. Small mark to lower extremity of page 457 'Wuthering Heights', not affecting text.