The store will not work correctly in the case when cookies are disabled.
By [Sir John Ernest Hodder-Williams]
London; New York; Toronto   Hodder and Stoughton
7.5" by 5" 7-61, 2pp
A scarce work published with the aim of raising funds for Arctic explorer Captain Scott's child after his death. From the personal library of that very child.
By [Sir John Ernest Hodder-Williams] 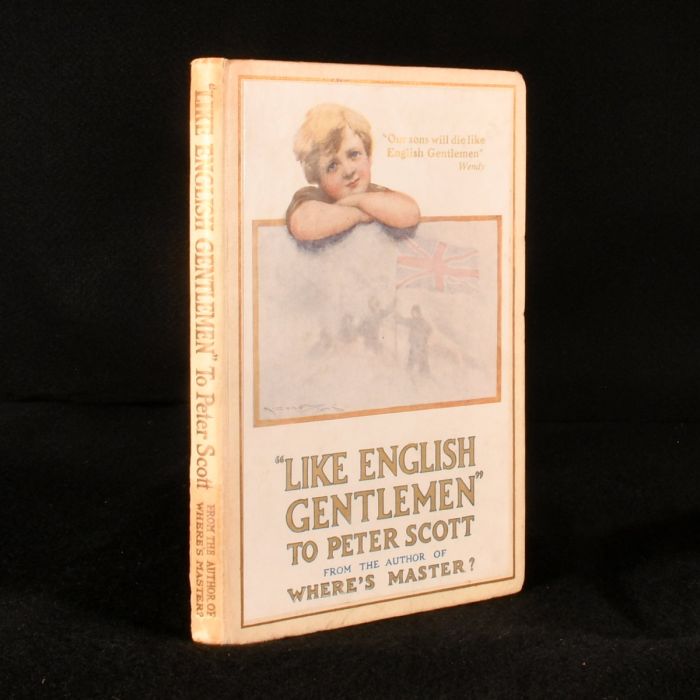 A scarce work, telling the story of the fate of Scott of the Antarctic and his companions in the form of a children' story, written for Scott's son Peter, with the object at the time of raising funds for the child following his father's death. This volume has exceptional provenance, being from the personal library of Peter Scott himself.

This was published in the year that Scott's death during the Terra Nova expedition of 1910-1913 became widely known. After his early death he became a celebrated hero amongst the British Public.

To the half title of this work is the inscription 'Phoebe', dated 1913. Before passing into Peter Scott's hands, this edition was the possession of his cousin, Phoebe Katherine Ellison Macartney, the daughter of Captain Scott's sister. This is demonstrated by the hand drawn genealogical table of the Scott and Macartney families loosely inserted into this work.

Also inserted is a note on the paper of the 'Government House Perth', Western Australia, identifying that Phoebe Katherine Ellison Macartney died on 'June 22nd 1918 aged twenty', which is supported by the family tree. This note is dated '21.7.18'. Her father was Sir William Ellison Macartney, Governor of Tasmania, and so they were living in Australia at the time.

In the publisher's original cloth covered boards. Starting to tail of rear joint. Light marks to rear board. Internally, firmly bound. Contemporary inscription to half title. Pages bright and clean.