1911 Novels of the Sisters Bronte 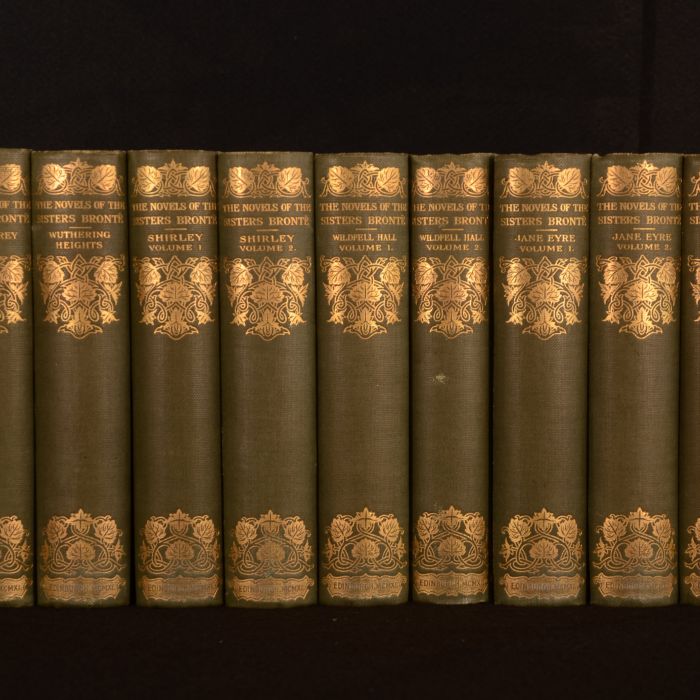 In the publisher's original cloth binding with gilt detail to spines. Externally very smart, with minor bumping to extremities and head and tail of spine. Small split to cloth to head of spine, 'Gaskell'. Very slight rubbing to joints. Prior owner's bookplate tipped to front pastedown of each volume. Prior owner's pencil inscription to front free-endpapers. Slight creasing and small closed tears to fore edge of front free-endpaper, 'Gaskell'. Small ink mark to front free-endpaper, 'Wuthering Heights'. Small slip tipped to front pastedown 'Villette' volume I. Slight offsetting to endpapers. Internally firmly bound. Pages slightly age toned to extremities but very bright and clean throughout. With a tipped in news paper to the rear of 'Wuthering Heights'. Handling mark to page xi, 'Villette' volume I.