1911 The Works of Thackeray In Ten Volumes 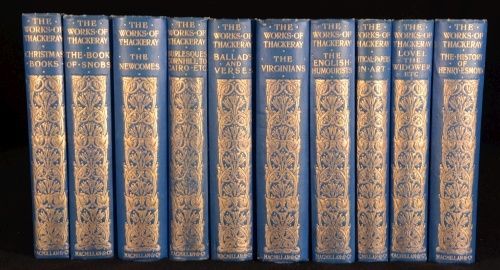 In blue cloth bindings with gilt motif to the front boards, and designs to the spines. Externally, all are sound but with light rubbing and minor shelfwear. Internally, all are firmly bound with bright pages. Spotting to text block edge, occasionally encroaching onto text. Many pages are still uncut