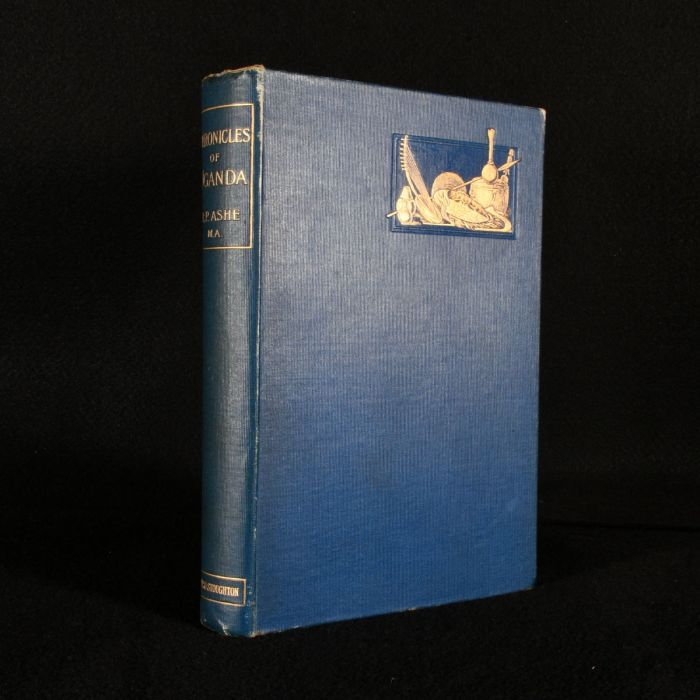 Signed by the author to the half-title, 'Haughton E. Jackson, with love from Robert P. Ashe'. Edmund Haughton Jackson was the uncle of Ashe's wife, Emma Lena Edith Jackson. Jackson was the author of 'The True Story of the Clithroe Abduction', detailing his long battle with his wife, Emily. After marrying, Edmund went to New Zealand, though his wife refused to join him and he eventually returned. However, upon his return to England, Emily refused to see him, after which he applied to the court of a restitution of conjugal rights. He was granted the custody of Emily, but she still refused. Edmund, at the end of his tether, abducted Emily one Sunday morning as she and her sister were leaving church. Emily was imprisoned in Edmund's house, the police refusing to enter the house to retrieve her as 'a man's house is his castle'. Eventually a higher court granted Emily's freedom, the judgement setting a precedent for the rights of women within marriage.

Illustrated with a frontispiece, ten plates, and sixteen in-text photographs.

Two pages of publisher's adverts to the rear.

An enthralling study on Uganda, looking at the rich culture and long history of the country.

Ashe was a missionary in Uganda, joining the Church Missionary Society in 1882. He's generally considered to be a pioneer missionary, working closely alongside Alexander Murdoch Mackay, or 'Mackay of Uganda'.

He wrote this work after his return to England, where he settled in Portishead.

In the original publisher's cloth binding. Externally, smart, with some light rubbing. Spine is a little discoloured. Minor bumping to the head and tail of the spine and to the extremities. Prior owner's pencil note to the recto to the front endpaper. Internally, firmly bound. Pages are bright and generally clean with some odd spots. Author's inscription to the half-title.