1893 The Spanish Letter of Columbus to Luis de Sant'Angel 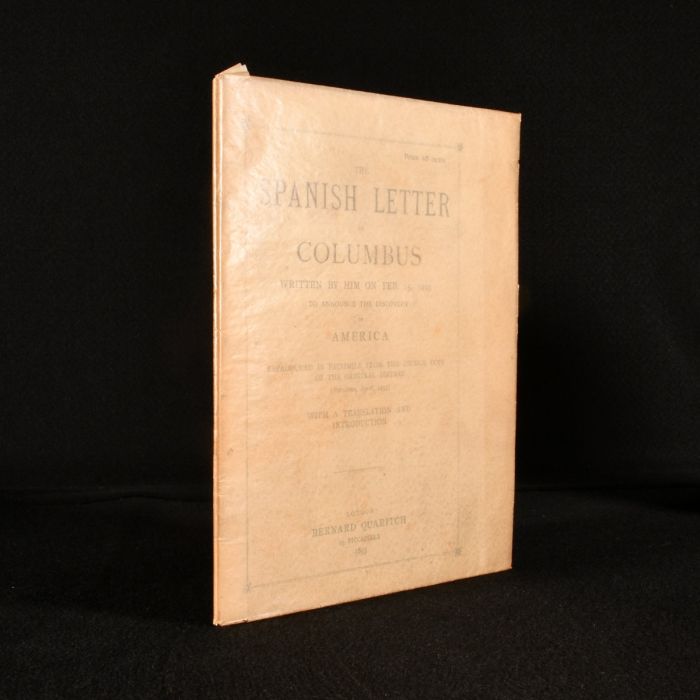 In the original glassine wrap.

An uncommon facsimile of Christopher Columbus' notable first letter written on his 1492 voyage in which he reached the Americas.

Columbus' letter announced his discovery of the West Indies.

The letter, dated 15th February 1493, was addressed to Luis de Santangel, the principal supporter and financial backer of the expedition. The fame of the letter was partly due to the new printing press, allowing many editions and printings to be published quickly. This particular facsimile is from the printing by Johann Rosenbach at Barcelona in early April 1493.

This edition prints the letter in facsimile, then provides a transcript in the original Spanish, and an English translation. Preface is also in English.