The store will not work correctly in the case when cookies are disabled.
By W. Watson Cheyne
Edinburgh and London   Young J. Pentland
9" by 6", x, 102, 7pp.
A rare collection of three lectures delivered at the Royal College of Surgeons of England in February 1888, on suppuration and septic diseases.
By W. Watson Cheyne 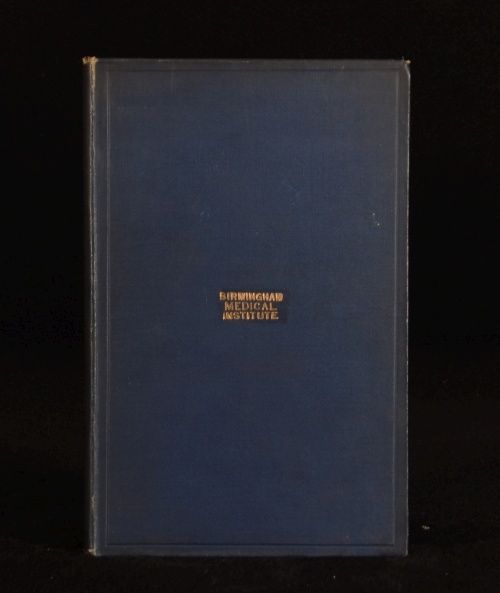 Featuring four diagrammatic illustrations. Sir William Watson Cheyne was a British surgeon and bacteriologist, who pioneered the use of antiseptical surgical methods in the United Kingdom, as well as abdominal surgery. His other works include Antiseptic Surgery: Its Principles, Practice, History and Results and Manual of the Antiseptic Treatment of Wounds. Signed by Sir Gilbert Barling, and featuring his bookplate to the front free endpaper. Barling was an English physician during the early 20th Century. At the outbreak of the First World War he was 59 and placed his services at the disposal of the Royal Army Medical Corps, acting as consulting surgeon in the Southern Command, subsequently being posted at the rank of Colonel to the Western Front from October 1916 to August 1917. His service to King and Countrymen earned him the Companion of the Bath (military) in 1917 and in 1919 he was made a Commander of the Order of the British Empire. In August 1919 King George V conferred upon him a Baronetcy and the College of Arms granted his Coat of Arms some three months later. In a Birmingham Medical Institute binding.

Rebound in a cloth binding with gilt lettering to the spine. Externally, sound, with very light rubbing to the spine and extremities. Front hinge is very slightly strained. Internally, firmly bound, bright and clean.