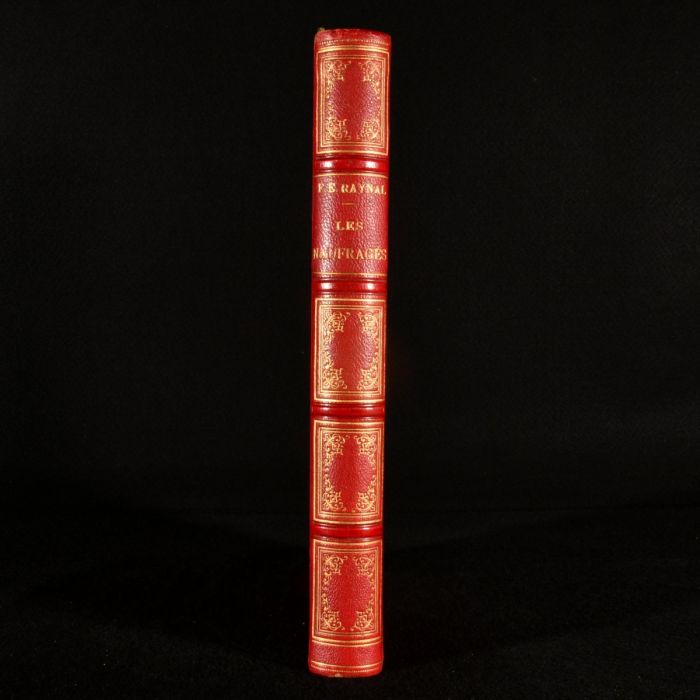 Francois Eduoard Raynal (1830-1898) was a French sailor remembered for this work, detailing his time voyaging to the Grafton shipwreck at the Auckland Islands. This work was extremely popular upon its release, running numerous editions, and was translated into English as 'Wrecked on a Reef'.

Christiane Mortelier poses that this work was the influence behind Jules Verne's well-renowned work 'The Mysterious Island', due to the popularity of 'Les Naufrages'.

Illustrated with full plates throughout.

From the library of Eric Kenneth Prentice Back. Kenn Back was a British meteorologist with the British Antarctic survey for many years. He spent eight winters in the Antarctic and is a descendent of Captain George Back. In addition, he served as base commander at Halley, Faraday and Rothera stations. His library collection was built over decades and highlights his love of polar exploration.

In a quarter crushed morocco binding. Externally, very smart, with just a little minor wear to the extremities and tail of the spine. Ownership bookplate to the front pastedown. Internally, firmly bound. Pages are bright and clean, bar the occasional spot heavier to plates.