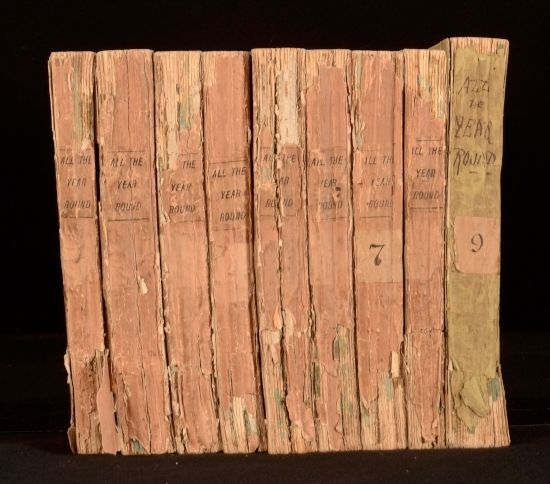 In original paper wraps. Externally, rather worn, with some loss to the paper, and handling marks. Some labels and closed tears also. Rear wrap to volume II. Ink signatures to front pastedowns. Internally, generally firmly bound although strained in places. Binding of the fifth volume is very tender. Pages are bright, though with some handling marks and some foxing.