The store will not work correctly in the case when cookies are disabled.
By Lord Macaulay
London   Longman, Green, Longman, and Roberts
9" by 5.5" xvi, 395pp; vii, [3pp], 440pp
A smartly bound two volume set off Thomas Babington Macaulay's miscellaneous writings, in a full calf binding with a frontispiece to Volume I.
By Lord Macaulay

1860 The Miscellaneous Writings of Lord Macaulay 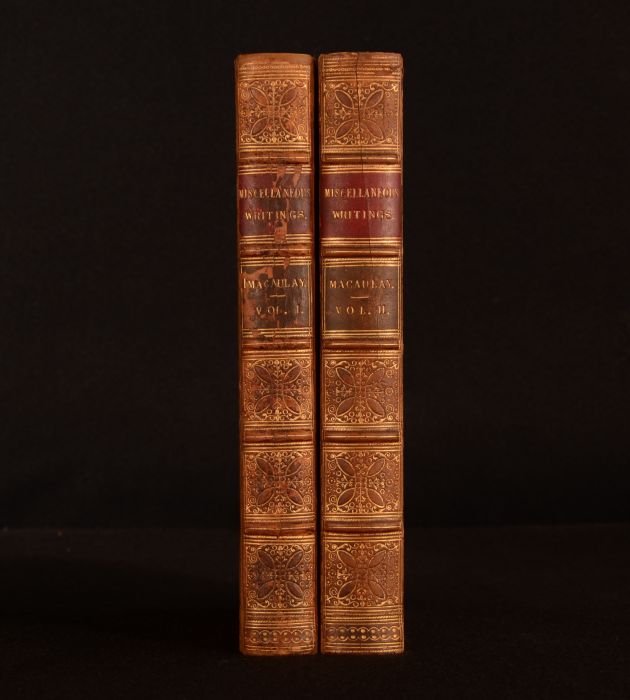 Complete in two volumes. Thomas Babington Macaulay was a Whig politician and British historian, being a prolific writer of essays, poems, and political and historical works. He served in numerous political roles, including Secretary at War and Paymaster-General. Macaulay may be best known for his five volume work 'The History of England from the Accession of James II', the publication of which earned him the respect as a historian. These volumes contains 'Fragments of a Roman Tale', 'Criticisms on the Principal Italian Writers', 'On the Athenian Orators', 'On Mitford's History of Greece', 'Mill on Government', 'Sadler's Refutation Refuted', and more, including some of his contributions to the 'Encyclopaedia Britannica'. With a frontispiece of a portrait of Macaulay to Volume I.