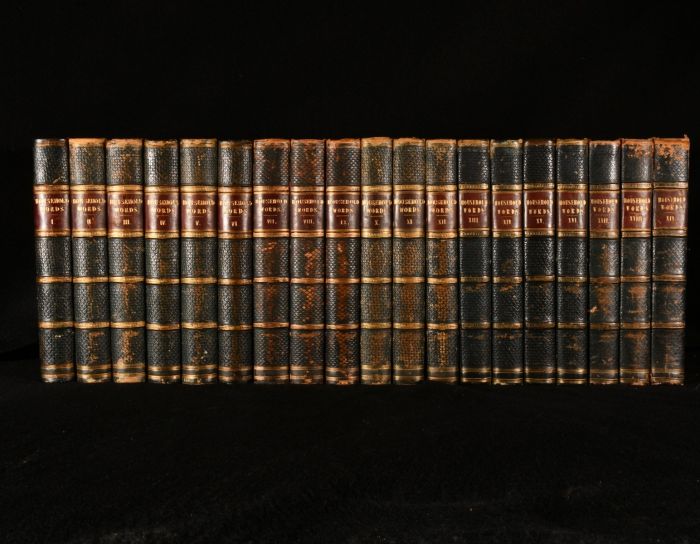 The first edition of this work in book form.

'Household Words' was Dickens' weekly magazine, published every Saturday from March 1850 to May 1859.

The low price of the magazine at a tuppence per issue ensured its wide readership. Though it wished to champion the poor and working classes, the magazine was primarily aimed to the middle class.

Charles Dickens is one of the most popular authors of the Victorian age. His novels show the grimy side of poverty and prosperity in Victorian England, showing poor social conditions alongside repulsive characters.