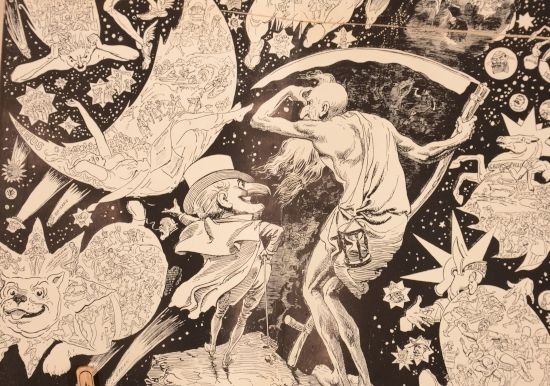 A superb set and a very long run, finely bound and in lovely condition. Very very hard to find privately owned runs of Punch in a good binding. Volumes 12-93 and 96 to 181. Dated from 1847 to 1874 and then 1881 to 1931. The majority of the volumes to this set are the periodical for that entire year, which are mostly the almanac. 1874 volume is Jun-December only and 1881 is July-December. Illustrated with humorous images throughout all volumes. These seventy eight volumes of Punch span the editorship of five individuals. Mark Lemon was the first editor of Punch and edited from 1841-1870. Shirley Brooks edited Punch from 1870-74, Tom Taylor edited the periodical from 1874-1880, Francis Burnand 1880-1906 and Owen Seaman from 1906-32. Both Francis Burnand and Owen Seaman were knighted for their efforts with Punch. Punch or The London Charivari was a British weekly magazine of humour and satire first established by Henry Mayhew and Ebenezer Landells. It helped to coin and demonstrated the earliest examples of 'cartoon', in the modern sense of a humorous illustration. Several notable artists contributed to Punch such as John Leech, Richard Doyle, John Tenniel and Charles Keene. The first editor, Lemon, was a close friend with Charles Dickens and although Dickens never contributed to Punch, allusions to him were often printed and illustrations from Dickens' novels were reprinted with well-known political figures substituted for Dickens' characters. For example, in the 1851 volume of this set there is an allusion to Dickens' Oliver Twist and the character Fagin. The seventy eight volumes of this set follow the steady increase in popularity of Punch and finishes just short of its peak print run in the 1940's with 184,000 printed in 1947. There was a spike in the circulation during both the war and the inter-war years due to the boost in morale it gave people. By the turn of the century Punch became a national institution and the writers and artists had become household names. These volumes contain all of the issues running up to as well as during and immediately after the First World War. The 1915 edition in particular contains several satirical pieces regarding the war. Prior owner's bookplate to several of the volumes, H W Trinder. Note bound to the endpapers of 1847 volume describing the January Ball image and explaining which caricature resembles different members of the staff at Punch. It includes Mayhew, Doyle, Leech, Lemon and Thackeray as well as Taylor.

In half morocco bindings with marbled boards. Externally, very smart with just some very minor handling marks to spines and minor rubbing and bumping to the extremities and to the head and tail of spines. Front hinge to 1892 volume is slightly strained but firm, with the binding to the first few gatherings strained in places. Ink inscription to front endpaper of 1881 issue. Prior owner's bookplate to front pastedowns of volumes with from the years 1861, 84, 87, 89, 94, 98-1909, H W Trinder. Inscription note bound prior to front endpaper of 1847 volume. Internally, all volumes are firmly bound. Pages are bright with scattered spots to the first and last few pages and the odd spot throughout. 1865 volume has heavier spotting throughout.