1818 The Friend: a Series of Essays, in Three Volumes, to Aid in the Formation of Fixed Principles in Politics, Morals, and Religion, with Literary Amusements Interspersed 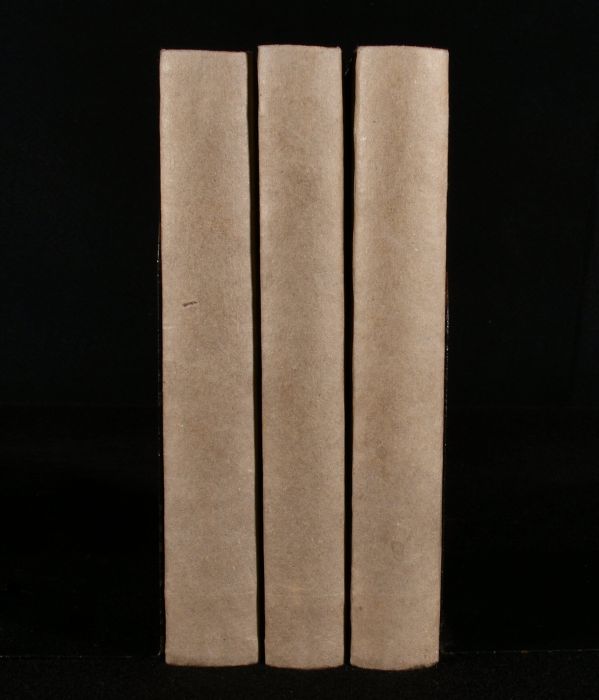 A new edition of this work. This new edition was expanded from the first. Complete in three volumes. With a half-title to each volume. With an errata for the set bound in Volume I. 'The Friend' was a periodical founded by Coleridge in 1809, being a weekly publication that he single-handedly wrote, edited, and published. This work contains the essays published in 'The Friend'. However, Coleridge was disorganised in his business, and the periodical ended after twenty-five issues. It was still published in book form a number of times after the periodical shut down, being an influential work with admires along the likes of John Stuart Mill and Ralph Waldo Emerson. Written by Samuel Taylor Coleridge, a poet who is known as being one of the founders of the Romantic Movement in literature. His best known works are 'Kubla Khan', 'The Rime of the Ancient Mariner', and 'Biographia Literaria'. Bookplate to the front pastedowns 'Sum Caroli Whibley'. Charles Whibley was a book collector, known today for being T. S. Eliot to the attention of Geoffrey Faber. From the library of Jonathan Fletcher Wordsworth, critic and scholar, and descendant of William Wordsworth.

In the original publisher's paper covered board, rebacked with the original boards restored. Externally, generally smart. Bumping to the extremities. Minor marking to the boards. Small amount of loss to the front board of Volume III. Bookplate to the front pastedowns. Internally, firmly bound. Pages are lightly age-toned with some spots. Pages of Volumes II and III uncut.