The store will not work correctly in the case when cookies are disabled.
By Joanna Southcott
London   W Marchant
8.5" by 5" [3], iv, [1], 6-288, [1], 2-56pp
Two very scarce writings by the self-described religious prophetess from Devon, Joanna Southcott. Southcott claimed to have supernatural gifts and dictated prophecies in rhyme.
By Joanna Southcott 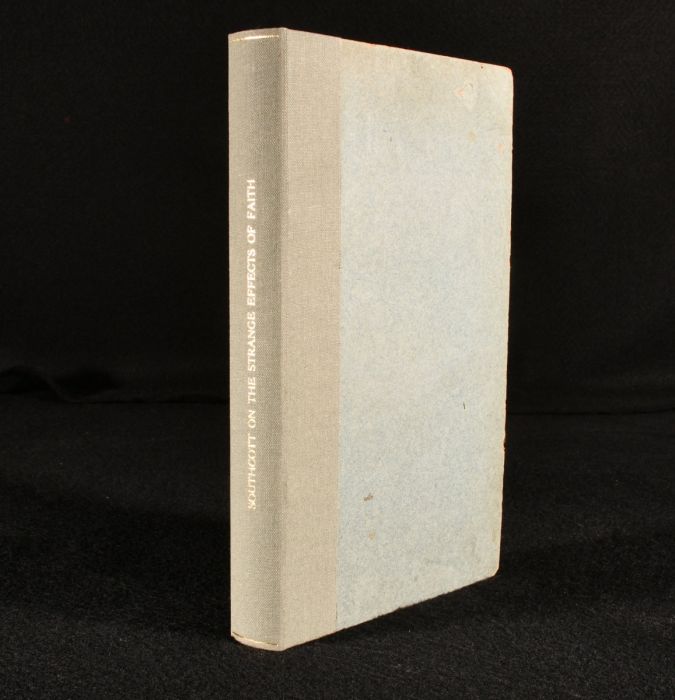 Very scarce in any edition.

Joanna Southcott was raised in Gittisham, Devon. She worked as a shop-girl in Honiton before becoming a domestic servant in Exeter. She was raised as someone of the Church of England faith before joining the Wesleyans in Exeter in 1792. She announced herself as the Woman of the Apocalypse spoken of in Revelation 12:1-6.

Later in her life, at the age of 64, Southcott affirmed she was pregnant with the new Messiah, Shiloh of Genesis. 19th October 1814 was set to be the date of birth, but he failed to appear. Some records state that she had over 100,000 followers at her peak. She left a sealed wooden box of prophecies known as 'Joanna Southcott's Box' with the instruction to only be opened at a time of national crisis. Attempts were made to persuade the episcopate to open the box during the Crimean War and World War I. To this day the box has not been opened, and there are claims that it is in the possession of the Panacea Society in Bedford. There are other claims that it was put 'for safe keeping' in the British Museum. Southcott prophesised the Day of Judgement would com in 2004 and Southcottians claim that if the box had not been studied beforehand, the world would have to meet it unprepared.

A prior owner has underlined several words at a time throughout the work.