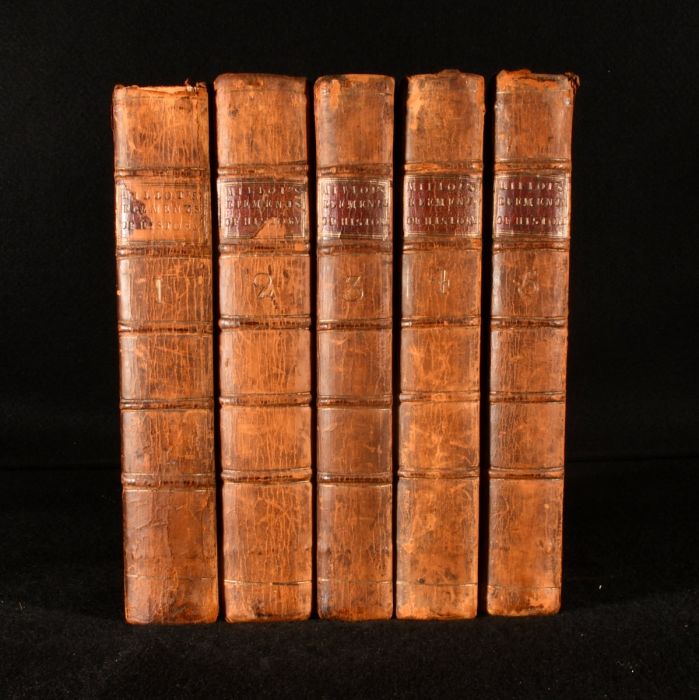 A first edition thus, as the first English translation of this work, which originally began construction, in French, by French churchman and historian Claude-François-Xavier Millot in 1772.

Millot's 'Elements of General History' is scarcely found complete. Present here are the two volumes of Part One, Millot's 'Ancient History' (1778), and three volumes of Part Two, 'Modern History' (1779), bound uniformly in full calf. Part One cover such topics as the Phoenicians, Grecians and Romans, while Part Two concludes in 1713, with a chapter on 'Persia and the Mogul's Empire'.

To the rear of volume II is a single page publisher's advertisement.

In the original full calf binding. Spine label almost entirely absent from Vol I, with significant loss to Vol II. Bumping to extremities. Starting to head of Vol I rear joint and head of Vol V front joint. Rubbing and losses to leather at other joints. Significant shelf wear resulting in loss to leather, most pronounced to spine heads and tails. Spotting and marks to pastedowns and endpapers. Internally, firmly bound. Pages generally clean, with occasional scattered spotting.