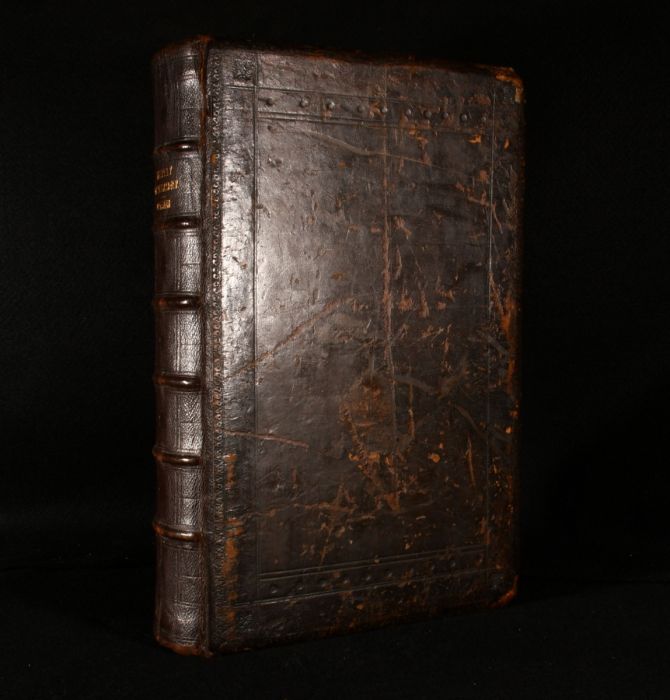 The sixth edition of this work.

Illustrated with a frontispiece, sixty-four plates, and in-text engravings.

A monumental work on heraldry, which was first published in 1610.

'A Display of Heraldry' illustrates the arms of named families and early seventeenth-century office holders.

This work remained the standard on English heraldry until the second half of the eighteenth century, and is still used by working herald in the twenty-first century.

'A Display of Heraldry' is divided into six sections, the first of which looks at the origins of heraldry, the second on the basic divisions of the shield, the third describing natural changes compared to man-made changes, which are in the fourth section, the fifth section on patterned coats without a predominant tincture, and the sixth with marshalling of arms.

There was some debate where Guillim was the true author, or whether it was by John Barkham, the Dean of Bocking in Essex. It was rumoured that Barkham gave the work to Guillim to publish as it was too frivolous of a subject to publish himself. However the claim was refuted.

John Guillim was an antiquarian, best known for this work. He was also an officer of arms at the College of Arms in London.